HTC’s presumed All New One (M8) launch event is still over a month away (though just barely more than a month by this point), so coming in to the MWC this week, we were basically expecting nothing from the manufacturer. Well, it looks like HTC saw all the fun everyone else was having announcing new phones of their own and just couldn’t help itself but join in a little, and this morning shares news of two additions to its Desire family of Android mid-rangers.

First on deck we have the Desire 816 (above), with a 5.5-inch 720p display. The phone runs a 1.6GHz Snapdragon 400, has 1.5GB of RAM, and offers 8GB internal storage with microSD expansion available. It features a big 13-megapixel camera with wide-angle 5-megapixel front-facer, has a 2600mAh battery, and supports LTE. Stereo BoomSound speakers return, for nice high-quality audio. It hits China first next month, followed by global availability in April.

The Desire 610 (below) is a bit more conservative, with a smaller 4.7-inch qHD screen, 1.2GHz Snapdragon 400, and just 1GB of RAM. There’s still 8GB storage, though (and again, with microSD support), as well as LTE support and those front stereo speakers we love so much. The 610 gets an eight-megapixel main camera, as well as a more traditional 1.3MP front-facer. This one’s going to hit retail just a little later than the 816, with sales in Europe slated to begin sometime in May. 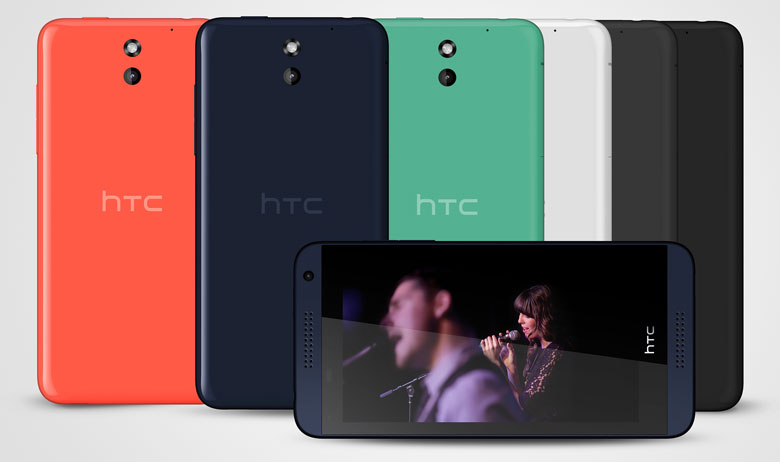