Due out in Europe in April, the single rear camera-sporting HTC Desire 12 will be joined to market the next month by a Desire 12+ with a main dual shooter setup.
Published 20 March 2018, 06:00 EDT

Yes, HTC is still making own-brand phones in addition to ultra-high-end VR hardware. Or at least what’s left of HTC after Google snapped up half of its engineering talent, and yet another top executive decided to leave the sinking ship before the U12 flagship could be released.

The Taiwanese company’s first international 2:1 mid-rangers are now here, although we don’t have the pricing and availability info of the HTC Desire 12 and 12+ just yet. All we know is the 5.5 and 6-inch handsets are coming to select European markets in April and May respectively, coated in Cool Black, Warm Silver and Royal Gold.

Screen size is not the only thing separating the two HD+ phones, as the Desire 12+ boasts dual rear-facing cameras with 13 and 2MP sensors, capable of bokeh effects. The “regular” Desire 12 comes with a single 13MP rear shooter, as well as a 5MP selfie cam, bumped up to 8 megapixels on the front of the larger device.

Both phones pack a decent 3GB RAM and 32GB internal storage space, but the Desire 12+ also has a respectable octa-core Snapdragon 450 processor under its hood, while the 5.5-inch model settles for a mediocre quad-core MediaTek MT6739 SoC. 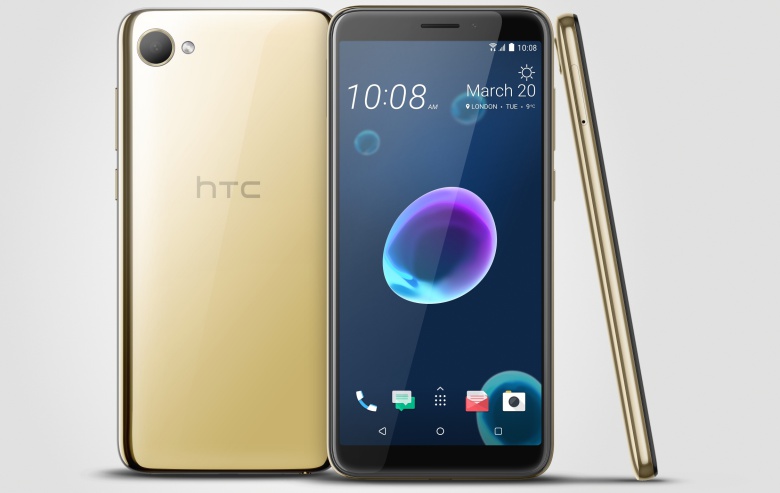 It goes without saying that the bigger phone also features the (slightly) bigger 2965mAh battery, compared to the 2730mAh cell capacity on the HTC Desire 12.

In the absence of high-end tricks like Edge Sense or pre-installed hands-free Alexa assistance, HTC is advertising Sense Companion and Swipe Anywhere functionality as the key software selling points of the Desire 12 duo. It appears only the Plus will run Android 8.0 Oreo out the box, while the elegant design of both variants pays homage to the premium liquid glass surface on the U11 series.

Not quite as shiny and pretty as their flagship cousins, the Desire 12 and 12+ still look arguably better than your average Android mid-ranger. Let’s hope they’ll also be affordable enough.

The iQOO Z1 is confirmed to sport a 144Hz refresh rate panel.