The BoomSound speakers on the One M8 and One M7 are one of the standout features. Read why other OEMs should try front-facing speakers on their smartphones.

After I wrapped-up my review of the Verizon model of the One M8, I popped my personal SIM back in the Nexus 5.

I used it for about a week and was mostly satisfied, but it didn’t take long for me to start missing the One M8.

I thought switching back to what has been my favorite smartphone for the better part of the last eight months, the Moto X, might subdue my need for HTC’s shiny, new phone. And it did – again, only for a few days. I had missed the Moto X and the way it perfectly glides into the palm of your hand, the tiny dimple on the back, and especially Touchless Control. But it still had a hankering for the One M8. There was no way around it.

So, as I explained two weeks ago, I bought the One M8 despite my initial take on the device. I learned through my time with the phone that the phone itself more than outweighed the shortcomings of the camera. The speed of the device, the build quality and design, and even Sense UI, which I’ve admittedly hated on in the past, were all superb. I missed all of those things and more. But above anything else, there’s one thing I missed the most about the One M8: BoomSound.

The One M8, like the Moto X, slips into the palm of your hand in a natural, unobtrusive way. The gesture wake controls work flawlessly, almost every time. The display is one of the most beautiful smartphone displays I’ve ever seen. And, after some time with it, the camera could be worse, even if I still don’t think 4-megapixels is enough in this day and age. But nothing in any other phone begins to compare to those speakers.

The One M8, like its predecessor, comes with dual-front-facing speakers. They’re loud. Very loud. And they actually sound great. The sound the BoomSound speakers on the M8 produce is full, it has depth, and to some degree, there’s a respectable bass response you won’t get from other smartphone – or maybe even tablet – speakers.

Best of all, it’s practically impossible to cover them on accident – an all too common problem when watching videos and playing games on most phones and tablets.

You wouldn’t think something so small and so simple would make such an important difference in how you perceive a smartphone, or even how you use it.

This weekend, I celebrated my birthday by inviting several friends over to my apartment and grilling kebobs. After we finished eating, we all hung out near the grills at a picnic table. My girlfriend wanted to play some music, so she pulled out her Moto X and chose a song. At full volume, it wasn’t nearly loud enough for everyone to hear or enjoy. It was distorted and tinny. So she turned to me and said, “Can I use your phone? It’s so much louder.” The One M8 was plenty loud for everyone to hear at roughly 60 percent volume.

That’s not the first time this has happened, nor will it be the last. In fact, the very next day, she asked me the very same question when showing a video to her mother. The same thing happened countless times throughout my short stint with the M7 last year.

Suffice it to say, BoomSound is one of the core reasons I came back to the One M8. It’s not just something that sets the M8 apart or makes it different. BoomSound makes the M8 better than the competition in one very important way: socializing and sharing face to face. 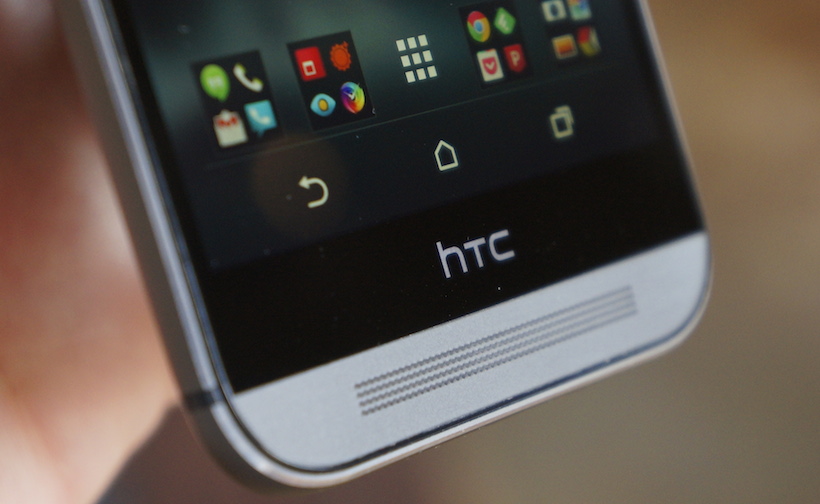 I can’t count the number of times in the last two weeks that I’ve shown videos to people in person and received comments on how loud and awesome the front speakers are. I’ve heard, “I wish my phone was that loud,” time and again. Yet, for whatever reason, front-facing speakers are a rarity.

It’s actually a very compelling feature in my own personal use, as well. Playing games and watching videos is simply more enjoyable for the sole reason that my fingers won’t cover the speakers while simply holding the device.

Point being, all phones (and tablets) could use dual-front-facing speakers. They sound better and improve the experience. Period.

Likely the biggest reason is the design factor. Manufacturers are trimming away at bezels while HTC is utilizing the ones it’s always had. Case in point, despite the 0.5-inch smaller display on the M8, it’s not much smaller than the 5.5-inch Oppo Find 7a, thanks primarily due to the added height of the BoomSound speakers.

I also imagine other manufacturers just don’t see side- or rear-mounted speakers to be a problem. They are, however. 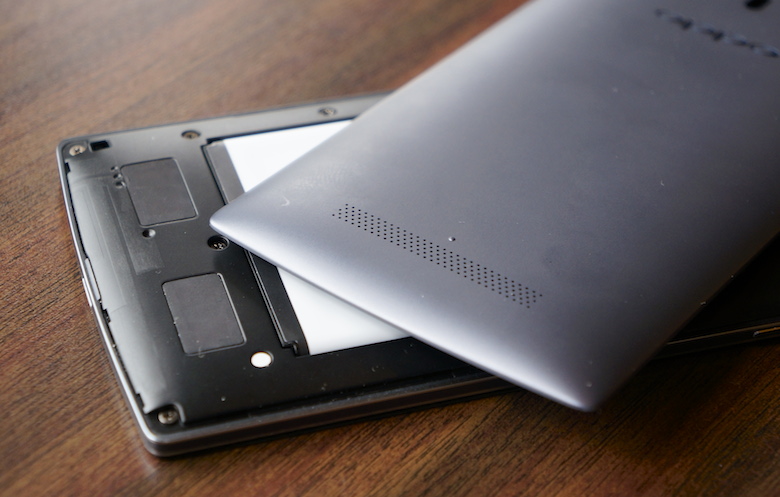 Take the Oppo Find 7a, for example. Its rear-mounted speakers are big and loud. If you’re playing music while the phone lays face-up, the sound reflects off the table surface and projects pretty well. However, Oppo had to put a tiny spacer on the backside to ever-so-slightly lift the speaker grill off the table to prevent it from getting muffled. Google and LG had to slightly modify the Nexus 4 for the same effect. Despite having true stereo, it doesn’t really offer adequate stereo separation, since they’re side by side. And when holding the phone for, say, playing a game, you have to unnaturally and uncomfortably cup your hand around the rear speaker to project the sound towards – not away – from you.

It doesn’t make logical sense, nor do edge-mounted speakers. Your hands can and will often muffle, if not completely mute, side speakers. This is a problem I face on the iPad mini regularly, as well as the iPhone 5, Nexus 5, etc.

The One M8, One M7, and Nexus 10 all spoiled me. They provide a far superior multimedia and audio experience. Why other manufacturers are not following HTC’s lead is unbeknownst to me.

What say you, ladies and gents? Are front-facing speakers all that important? Do you feel the One M8 provides a better multimedia experience than its competition due mainly to BoomSound? Or do you feel it’s wasted space and can be offset with a decent pair of headphones or a Bluetooth speaker?