HTC announces Desire 600, a mid-range Android device featuring Sense 5 with BlinkFeed and BoomSound. Check out the details, regions and availability.

We’ve recently heard rumors of HTC switching to numbers for its phone models and nothing could come as a direct confirmation but an official device unveiling today, as HTC announces Desire 600. The Taiwanese phone-maker has officially put the HTC Desire 600 in the spotlight for Russia, Ukraine, and the EMEA region.

This might be a mid-ranger but it is a potent one. It features a 4.5-inch qHD display and it is powered by the Qualcomm Snapdragon 200 quad-core processor, clocked at 1.2GHz. In addition, there’s 1GB of RAM, 8GB of internal storage (expandable via microSD card slot, finally), NFC, Bluetooth, WiFi, and all the other usual suspects, eight-megapixel main shooter, 1.6MP front-facer, dual-SIM capabilities for 2G and 3G network operation, Android with HTC Sense 5 on top of it featuring BlinkFeed (where you can find Pocketnow), as well as BoomSound and an 1,860mAh removable battery.

While there is currently no word on pricing, HTC announces Desire 600 will be available in Russia, Ukraine, and the EMEA region starting June. 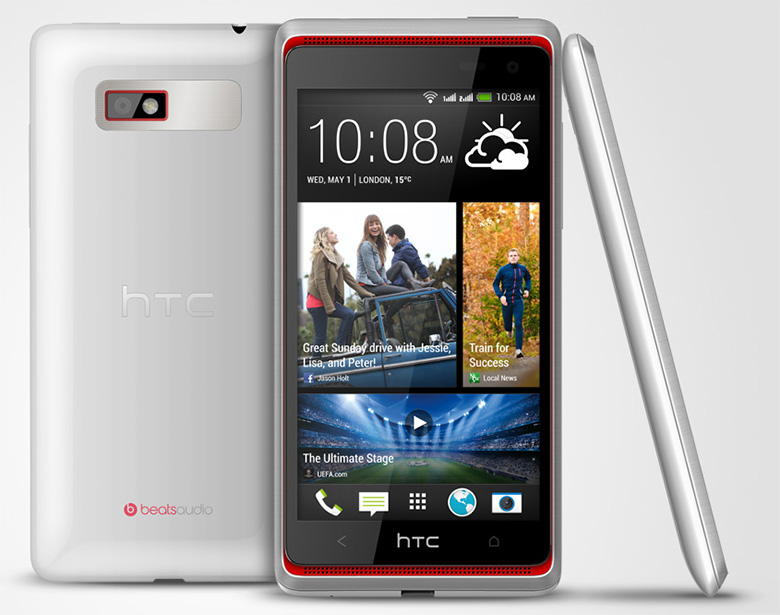