HTC sets the date for “next flagship smartphone” announcement

The rumored April 12 date for the HTC 10 launch looks confirmed, with the company distributing invites to its streaming launch event.

This year has already brought us Samsung’s latest Galaxy S7 flagship, Apple just launched the new iPhone SE, and the LG G5 will be in users’ hands in just a matter of days. While all this new hardware has been great to see, we can’t put together that list without noticing one big missing name: where’s HTC with its latest Android handset? We’ve been keeping track of the story of first Perfume, then the One M10, and now maybe just the HTC 10 for months, and following some fantastic leaks going back the past few weeks now, not to mention a couple official teasers from HTC itself, it was finally looking like launch day could be just over the horizon. Today HTC confirms our suspicions, sharing official word of a launch event scheduled for April 12.

That’s the same date we saw featured in recent renders, but unlike Samsung’s, LG’s, and Apple’s big events with lots of press on-site, HTC’s going to make its own announcement an online-only streaming affair. That has the benefit of giving all you smartphone fans some best-seat-in-the-house access to the news live as it happens.

In its invitation to this streaming event, HTC is clear that it intends to introduce its “next flagship smartphone,” but the company stops short of confirming an actual name. As the same “power of 10” language we’ve seen before continues, there’s little doubt that this device will be the 10-something, but we’ve yet to get full confirmation that the phone could drop the One-series branding as rumored.

HTC refers to this streaming event as a “virtual” one, and while that may just be in reference to it being online, we’re curious if there might just be a VR component to the stream.

Check back with Pocketnow on April 12 for full coverage of HTC’s big announcement. 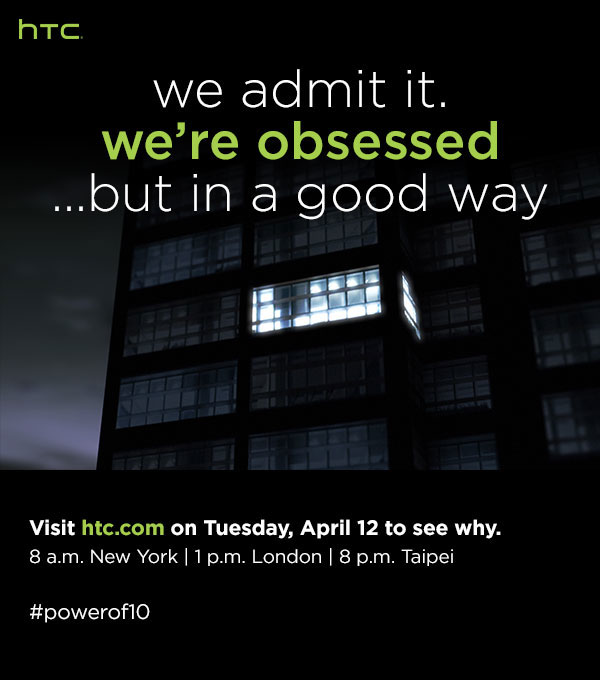