Meet the HP Elite x3 with its mobile Continuum dock

Not much talk, but a lot of anticipation was laid upon what was formerly the HP Falcon. First, it was that strangely vague benchmark. Then came a couple of quick speculation snaps. Now at MWC 2016, HP is finally bringing its Elite x3 out of the shadows.

This Windows 10 Mobile phone is the first one to feature Qualcomm’s latest silicon — the Snapdragon 820 — and is suited for the business type. That reflects what cloud-based customer services company Salesforce has offered up in pre-loading its CRM app. The Elite x3 also has a business-focused sales channel lined up with enterprise hardware distributor CDW. 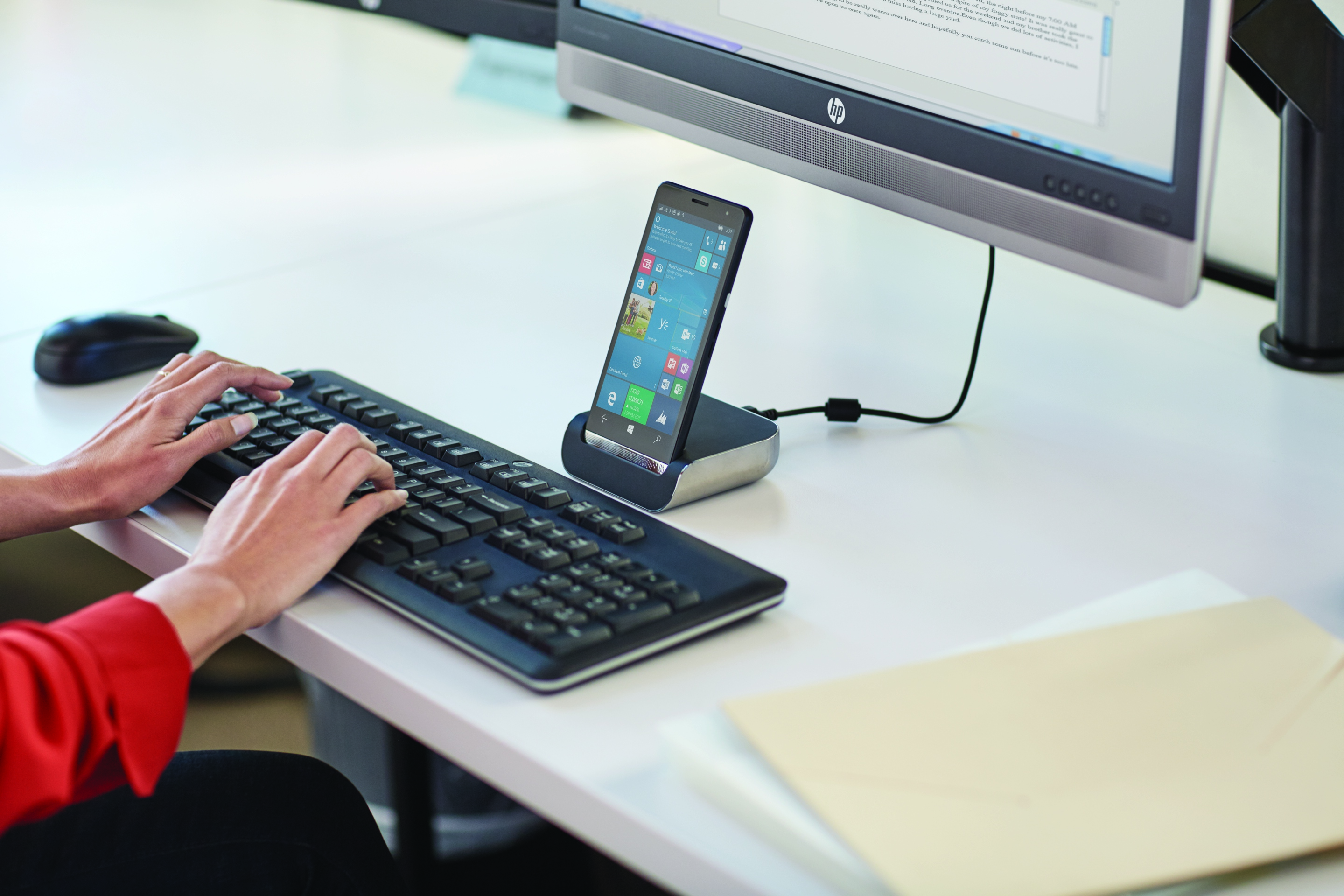 HP is also introducing its Desk Dock, built for Continuum purposes. It features two USB-A and one USB-C port. There’s also a lightweight, 12.5-inch “near zero bezel” HD display that HP is calling the Mobile Extender.

In other words, the Windows 10 Mobile phone that everyone’s been looking forward to might not be the one nearly anyone can nor will buy. At least, so far as we can guess. Other than a “summer” release, no other details have been pitched on the Elite x3 and its ecosystem.