There’s truly something for every Windows PC enthusiast out there in HP’s refreshed computer lineup, from flexible detachables to powerful convertibles and even a versatile portable display.

Detachable tablets and convertible laptops continue to be viewed as the PC’s only hope for survival in a mobile-first tech world, but HP is not ready to commit to just one or two form factors, allowing you to choose from a wide range of new Windows-powered designs.

The Elite x2 1013 G3 is probably the most versatile of the bunch, squeezing a 13-inch display into a traditional 12-inch chassis, which makes it the world’s “smallest business detachable.” This is also the “world’s first detachable and tablet with an integrated privacy screen”, meaning you’ll be able to keep your work secret on the fly even when seated on a crowded train.

The refreshed EliteBook x360 is billed as the “world’s smallest business convertible”, at only 2.76 pounds and up, staying on for a maximum of 18 hours between battery charges, and featuring a unique alert system making sure you’ll never lose your laptop’s active pen. 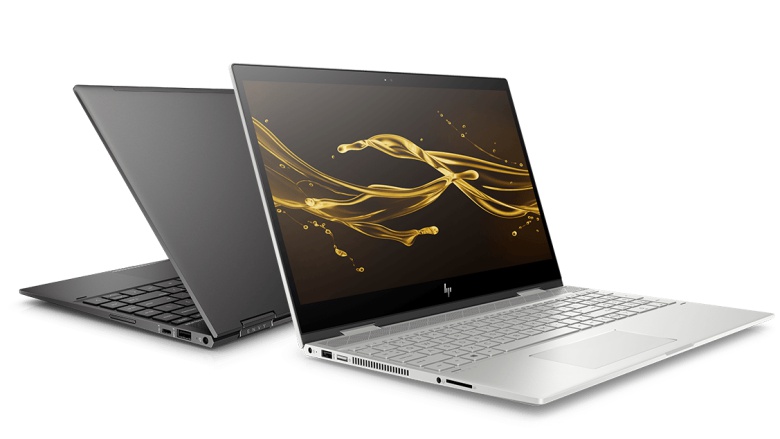 You can get the updated Envy x360 15 with either Intel or AMD processing power, while the smaller model is the world’s first 13-inch convertible powered by a high-performance AMD Ryzen chipset with Radeon Vega graphics.

Other notable additions to HP’s extensive business and consumer PC lineup include the “ultra-slim” Elitebook 1050 G1 notebook with Nvidia GeForce GTX 1050 graphics, the EliteOne 1000 AiO G2, billed as the world’s first business class 34-inch curved AiO with discrete graphics, a sleek and stylish Envy 13 Laptop, and a $219 EliteDisplay S14 portable display you can very easily connect to any USB-C notebook for dual-screen productivity whenever, wherever.

Best Buy stores in the United States have also decided to close their doors for customers, but you will still be able to get your products
YouTube 1.8M
Facebook 572K
Twitter 196K
Instagram 134K
RSS