HP and Asus probably have no reason to fear Google’s upcoming Pixelbook as a direct competitor for their much more affordable new Chromebooks, but just to be on the safe side, the two companies have decided to finally release the x360 and Flip C101 for the US masses. The Chrome OS-loving masses, that is, which feels like a bit of an exaggeration on second thought.

Still, the Computex 2017-showcased Asus Chromebook Flip C101 appears to deliver very robust bang for your buck, including a lightweight premium metal design, 4GB RAM and up to 9 hours of battery life in “mixed” use.

All that and more costs only $299, with pre-orders live on the Taiwanese OEM’s e-store stateside, and shipping underway soon enough. Namely, on September 25, when you can expect to receive a flexible 10.1-inch mini-laptop capable of “flipping” up to 360 degrees over for tablet, stand and tent modes in addition to the regular notebook look.

The hexa-core Rockchip RK3399 processor inside the C101 is by no means a powerhouse, but that’s where the HP Chromebook x360 11 G1 EE comes in. Previously available only through education channels, the similarly convertible 11.6-incher packs an Intel Celeron N3450 SoC with Intel HD Graphics 500. 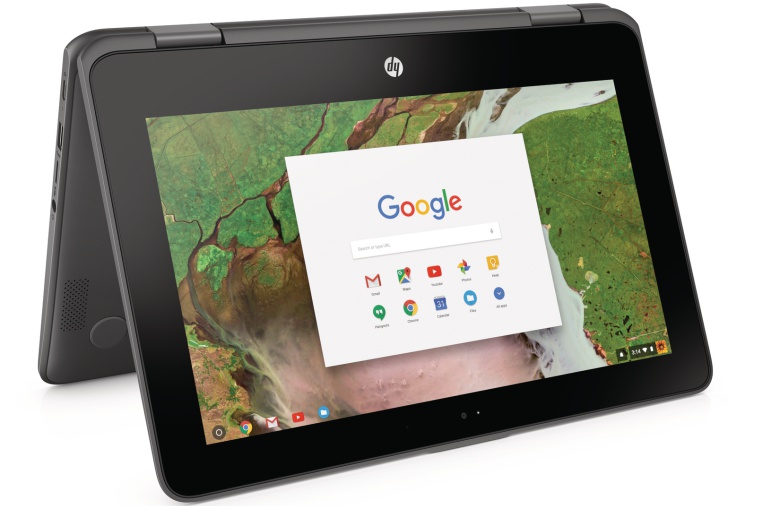 A hardcore gamer’s wet dream? Far from it, but compared to the other guy, this one should browse the web faster, as well as provide the overall superior multimedia and productivity experience.

Nowhere near as elegant and compact, tipping the scales at 3.1 pounds, the x360 is way more robust, resisting the occasional drop, not to mention “minor spills.” With 32GB internal storage (double the Flip’s 16 gig eMMC drive), HP’s 360-degree adjustable Chrome OS machine will set you back $429.

50 extra bucks buys you a 64GB eMMC/8GB RAM configuration, with all the USB ports you could need and up to 12 hours of battery life in tow either way. Too bad screen resolution isn’t so great on the Asus Chromebook Flip C101 or HP Chromebook x360, hovering over the 720p mark. On the bright side, both laptops run Android apps as an alternative to the Chrome Web Store library.

Eve is working on a new 2-in-1, a successor to the Eve V, and it needs your help in figuring out its name, as well as some of its features.