How many different health platforms does Microsoft need?

Microsoft just released a new health platform to go along with the Microsoft Band. Do they know about all the other health platforms they’re already running?
Published 03 November 2014, 13:40 EST

Last week Microsoft released a new health service along with a fitness tracker called the Microsoft Band. Microsoft Health is the name of the service that goes along with it, and that’s meant as a new platform for centralizing all of your health and fitness related information. Currently the software runs on Windows Phone 8.1, Google’s Android, and Apple’s iOS so that consumers can enjoy the benefits of platform agnosticism. The new platform is also meant to be very open to both app developers and device manufacturers so that anyone can really tap into it and create products that contribute data. But wait, Microsoft already has a health & fitness platform. Actually, they have a few of them. Do the people who made Microsoft Health know about this? Why don’t they all work together? Because they don’t. 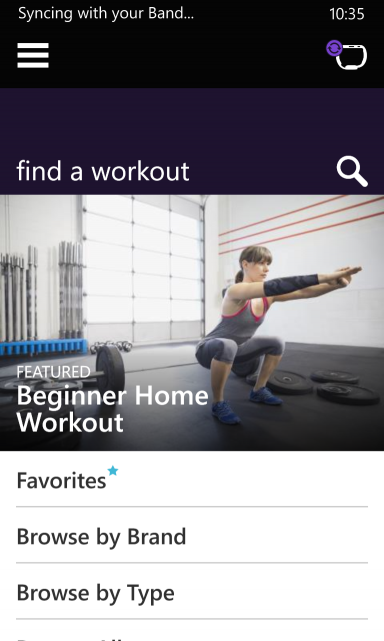 Microsoft Health is the newest and so far it only works within smartphone apps and connects only to the Microsoft Band fitness wearable.  You can keep track of how many steps you take, use GPS to track your speed/location while running, and keep constant tabs on your heart rate. The Microsoft Health apps also let you browse different types of work outs like jumping jacks, sit-ups, push-ups, etc. and you can load them into the Microsoft Band in order to start the work-out and track all of your health data while you exercise. The wrist band will tell you when to rest and when to start the next set. You can also track sleep data and measure ultraviolet radiation levels to see how quickly you might get a sun burn if you’re outside.

The Microsoft Health app also does a few things that aren’t related to health at all. You can use it to customize the tiles on your Microsoft Band, specify stock quotes to show, edit custom text message quick replies and configure other notifications.

There doesn’t seem to be any way to manage your Microsoft Health data from a non-phone app. It does not sync with Microsoft HealthVault or MSN Health & Fitness.  It does sync with MyFitnessPal, but only in a limited manner; only GPS tracked runs sync calories. Other workouts sync to MyFitnessPal but the number of calories burned do not sync.

Before the Microsoft Health app was available for Windows Phone, there was (and still is) the MSN Health & Fitness app. This also allows you to track outdoor distance-based exercise using GPS and if you have a phone with a pedometer built in, it will also keep track of how many steps you take while walking as long as the phone is on your body. You can also keep track of the food you eat so that you can tell how many calories you’re taking in. The app includes all sorts of health related news as well as different types of work outs that you can try. 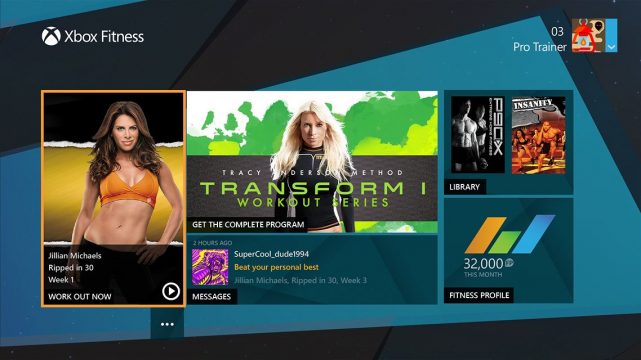 On Microsoft’s Xbox One, there’s a good fitness program that shows you how to do various exercises and monitors your heart rate, technique, and calories burned using the Kinect sensor. With Kinect, the system can see what you’re doing and know that you’re following the exercises correctly or incorrectly. Does all of that calorie burning information get synchronized to anything else so that you can generate a good all-encompassing health profile?  Nope! 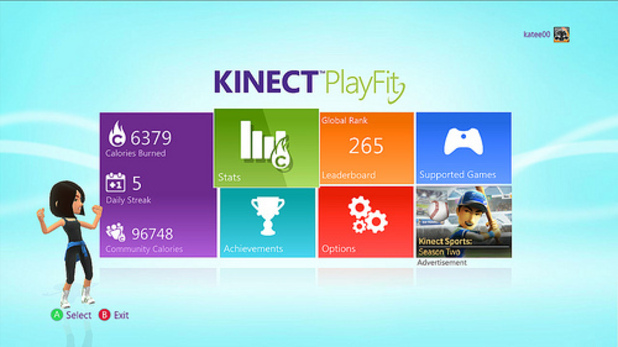 On the Xbox 360, there’s yet another different fitness tracking system. Kinect Play Fit keeps tracks of your calories burned while playing a number of other Xbox Kinect games. You can see the number of calories you’ve burned per day in bar graph form and even see how you compare with your friends. Unfortunately it doesn’t sync with anything else. If you want to add the info to another tracker, you’ll have to manually log-in to the other system and type the data in every day. 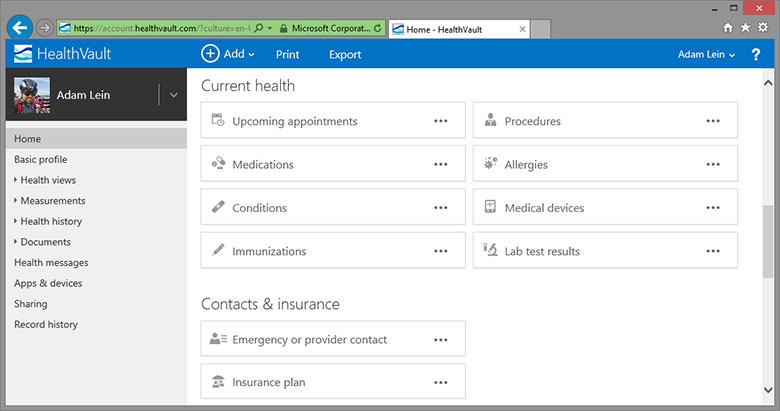 HealthVault is probably one of Microsoft’s oldest and most robust health tracking services. Its mobile smartphone apps are very weak though. HealthVault was started in 2007 and in addition to keeping track of your personal health information like calorie intake/burn, weight changes, exercise, etc., it can also allow you to keep track of your medical documents using industry standard formats such as the Continuity of Care Document and the Continuity of Care Record. In fact, you can keep track of lots more health information than most other services. Allergies, procedures, lab test results, insurance plans, medications, immunizations, blood glucose levels, blood pressure, cholesterol, etc. There are hundreds of medical devices that can automatically sync their data to Microsoft HealthVault as well.

HealthVault seems like the perfect spot to build a centralize health and fitness tracking platform on top of, but unfortunately none of Microsoft’s other health & fitness apps sync data to it (though Fitbit does).

All of these health and fitness related services from Microsoft actually use the same Microsoft ID for logging in. I have the same username and password for HealthVault, Microsoft Health, MSN Health & Fitness, and Xbox.  All of the services sync and store my data in the cloud too. Why aren’t they all storing it in the same place? Who’s running this company?

Today’s deals come from Amazon, B&H and Best Buy, where we find the latest iPad Pro, an Apple sales event and more devices on sale