Honor View 10 is the Chinese V10’s global equivalent, coming soon to US and Europe

It took Huawei sub-brand Honor almost two months to bring the China-first mid-range 7X to Western Europe and the US, but only a week or so to globally expand the high-end V10.

Renamed Honor View 10 for foreign markets, the AI-enhanced 6-incher however still needs a little more time to spread its own “FullView Display” love. Due out on the old continent at some point in January, the Kirin 970-powered phone is priced at a very palatable €499 and £449 for EU territories and the UK respectively.

Meanwhile, official availability details for North America remain under wraps, although we have reason to expect an unlocked MSRP of around $500.

That would be pretty extraordinary for a device packing everything from 6GB RAM to 128GB internal storage space, with a state-of-the-art pair of 20 and 16MP cameras mounted on its back, and a more than decent 13MP selfie shooter also in tow. 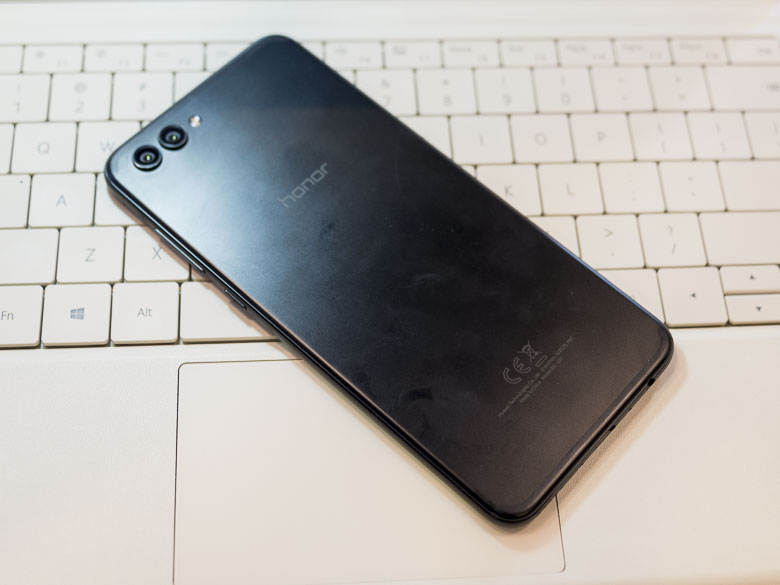 Running Android 8.0 Oreo-based EMUI 8 on the software side, the Honor View 10 is billed as “your first AI phone”, leveraging the Huawei Kirin 970 SoC’s built-in neural-network processing unit to “truly understand you.”

User behavior will enable deep learning, with system resources allocated in anticipation of your actions, not to mention all kinds of intelligent photography improvements.

In case you’re wondering, yes, the spec sheet of the View 10 greatly resembles that of the Huawei Mate 10 Pro, down to the Full HD+ resolution and 18:9 aspect ratio of the thin-bezeled screen.

But the rear-facing cams are not Leica-sanctioned, the 3750 mAh battery is slightly smaller, and the design not quite as eye-catching, with a fingerprint reader squeezed on the front a la the regular Mate 10. There’s no water resistance either, but you do get a good old fashioned headphone jack.