The China-first Honor V10 is perhaps not as eye-catching or feature-packed as the Huawei Mate 10 Pro, but it comes rather close at an ultra-low price point.

Two “FullView Display” flagship smartphones are not enough for Huawei’s year-end ambitions of staying close to Apple’s iPhone X-boosted sales numbers. Enter the China-first but hopefully not China-only Honor V10, which somehow manages to “borrow” many key features and selling points from both the Mate 10 and Mate 10 Pro while keeping the price point low.

Not as low as the mid-range Honor 7X, of course, but you get a whole lot of horsepower in exchange for 2,999 yuan. That’s roughly $455, and it’s not even the official price tag of the “entry-level” 4/64GB configuration.

Instead, you’re looking at 64GB internal storage space and 6GB RAM here, as well as a blazing fast Kirin 970 SoC with a built-in NPU (Neural-Network Processing Unit). Both the rear and front-facing cameras on the Honor V10 are enhanced by artificial intelligence, and although they’re not Leica-endorsed, their specs look mind-blowing on paper. 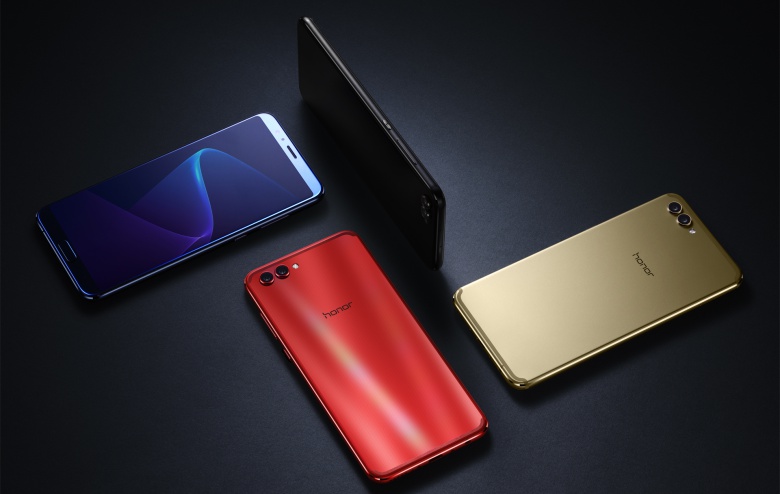 Arranged horizontally near the top of a smoothly arched back, the V10’s main imaging setup consists of 16 and 20MP sensors with f/1.8 aperture. The single 13MP selfie shooter sounds plenty capable too, sporting f/2.0 aperture and leveraging various AI tricks to help you look your best.

Not quite as eye-catching as the Mate 10 duo, the Honor V10 largely follows the design direction of its premium forerunners while slimming down the 5.99-inch FHD+ screen bezels. Still, there’s enough room for a front-mounted fingerprint reader, as well as a headphone jack on the bottom of a 7 mm thin device packing a respectable 3750mAh battery.

Now, don’t get us wrong, we’re pretty excited about the Western expansion of the low-cost Honor 7X, but can’t we also see this Android 8.0 Oreo-powered bad boy launched in Europe and North America before long?

HUAWEI has partnered with Qwant to offer its privacy-focused search engine services on the newly launched HUAWEI P40 series phones in Europe.