At least one Honor smartphone with razor-thin screen bezels is coming to London on December 5 to “max your view.”

Huawei’s fast-growing Honor sub-brand literally just took the wraps off an awesome-looking new affordable Android phone, and we already know when the next one is supposed to see daylight.

Don’t worry, you’ll get plenty of time to digest the October 16 announcement of the Huawei Mate 10, Mate 10 Pro and Mate 10 Lite. Honor wants the tech media to save the still-distant December 5 date for a London event that will “max your view.”

What’s weird is the company seems unsure of how many devices it will bring to the capital city of England for no doubt glamorous European launches, with some press invites featuring just one product outline, while others appear to include two. 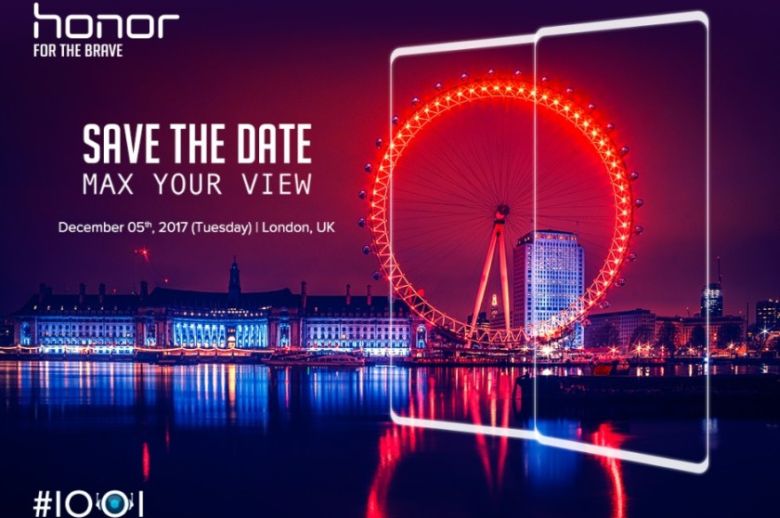 Wait a minute, could we be dealing with a dual-screen folding affair à la the ZTE Axon M or Multy? Whatever’s coming and however many gadgets are in the pipeline, you can be certain they’ll join the rapidly-spreading bezel-shrinking movement. And no, we don’t think Honor is teasing a simple British expansion of the Chinese-first 7X, based on the crazy thin screen borders mysteriously rendered here.

This has to be a whole new device. Or two of them. Perhaps a more easily purchasable sequel to last year’s conceptual Honor Magic. Or an early Pro spin-off of the Honor 9. Any other guesses anyone?