The new Honor Magic 2 has been officially presented

We already have most of the specs and pricing for the new Honor Magic 2 that includes the best software in today’s Honor smartphones
Published 31 October 2018, 13:19 EDT

We have seen plenty of news about this new smartphone, well we even got a glimpse of it during IFA 2018. Now the Honor Magic 2 has been officially presented.

This new smartphone has solved the notch issue by giving it a sliding panel that reveals its triple selfie cameras that enables high-level facial recognition. The Honor Magic 2 is also supposed to have the most advanced software in all Honor phones today. Its new Kirin 980 processor also helps with AI and its YOYO virtual assistant is said to be so smart, that it will also be able of knowing what you want. In other words, its machine-learning capabilities would almost make it seem like it can read your mind. It also includes an in-display fingerprint scanner. 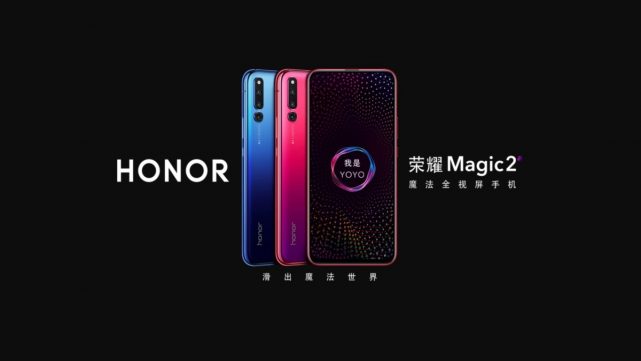 As per an Apple patent, titanium is not only stronger than aluminum, but blasted and etched titanium is also better at hiding weld lines.