The Honor Magic 2 could be launched on October 31st

Halloween is celebrated on the last day of October, and it seems that Honor might want to put some more magic into the celebration. According to some rumors, the new Honor Magic 2 could be released on the 31st. 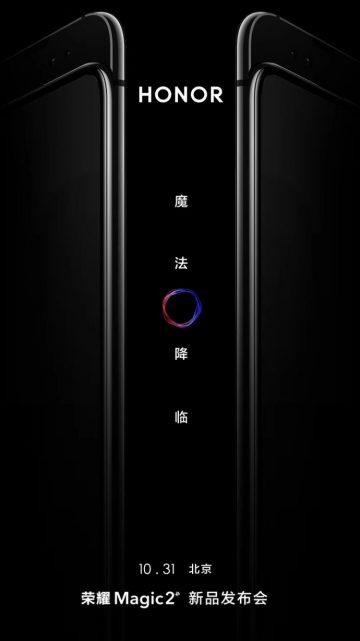 These new rumors have been found in Weibo by SlashGear, and it seems like official marketing material that places the new Honor Magic 2 to be launched on October 31st in Beijing. According to this information we can expect the new Magic 2 to have an AMOLED display with a built-in fingerprint sensor, and it could be the first smartphone ever to have a graphene-based battery. The first time we saw information about this new device was during IFA 2018, and it will have a similar design to the one we find in the OPPO Find X. The main difference is that this one slides like old slider phones. As far as specs go, we might find the new Kirin 980 processor in it, and the second generation of Huawei’s 40W fast charge.