In our Huawei Honor 8 Review rebuttal we see both ends of the spectrum. It’s incredible how this phone makes us feel the highest highs and the lowest lows.

I’m a simple man. I’m not sure if I have ADD, OCD, or some other letter combination, but I’m a feast-or-famine kind of guy. I’m generally all-in, or I’m all out. I love it, or I couldn’t care less about it. The reason I’m telling you this and not my therapist, is because of this review rebuttal. The Huawei Honor 8 is the embodiment of me in a phone. It’s is a dichotomy of love and hate that forms the perfect storm into one spectacular, while at the same time completely frustrating, phone. So if you’re comfortable at either end of a spectrum, come along for the ride, as I don the royal “we” and wade into this device. 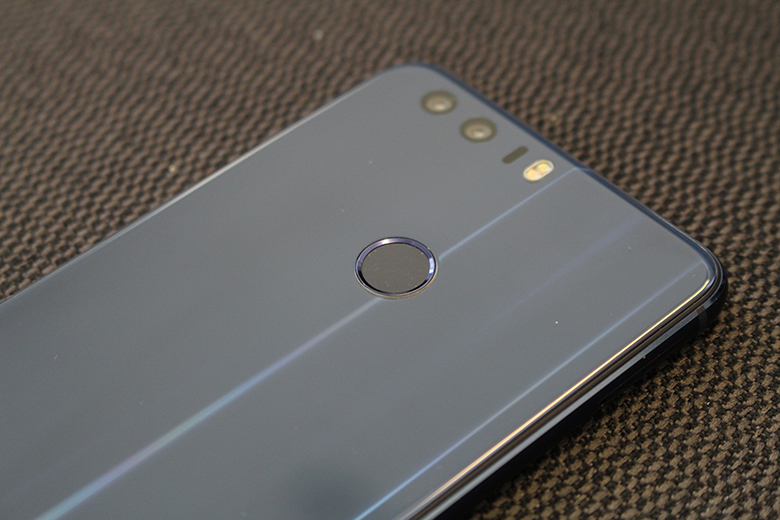 From a hardware perspective, the Honor 8 is a great phone. When you simply hold this phone, you feel like you’re holding hardware that should cost twice as much. It’s that good. It’s hard to explain exactly what feels so great about this phone, but it is superb. We are tempted to use expletives to describe how truly wonderful this phone looks and feels, but this is a family-friendly site. So it might not seem like we’re not emphasizing enough just how wonderful a gift Huawei has bestowed on all of us, but this hardware is the best we have held, ever. Period. So let’s get into specifics.

On the outside, the Honor 8 is a glass sandwich, front and back. On the front, a 5.2” 1080p display is adequate by today’s standards, but only just. But on the back, Huawei’s 15-layer glass sheathing is wonderful to behold. The way the light plays off of the back of this phone is just so sharp looking, it begs people around you to stop and ask you about your phone. It’s a truly unique look that makes the Honor 8 literally and figuratively shine above all other phones released this year, and possibly ever. In the first 24 hours of ownership, we promise you, you will spend almost as much time staring at the back of the phone as you will staring at the front.

It is simply put, gorgeous.

The rest of the specs are pretty good in the midrange category. Our review unit came with 32 GB of onboard storage, expandable via MicroSD, and 4GB of RAM which complements the HiSilicon Kirin 950 Octa-core processor. Also included is an IR blaster which is really great for controlling the Blu-ray Player that your kids lost the remote for 18 months ago. Finally, the fingerprint sensor in the back also doubles as a quick actions button. A single press, double press, and long press can all initiate customizable app launches and other actions. This hardware is a home run, inside and out.

Now of course we come to the other end of the spectrum. The software on the Honor 8 is pretty much a dumpster fire. We have long prided ourselves on our ability to pick up any phone and use the software just fine. From the iPhone, to Touchwiz (going back to the GS III mind you), to other Android skins from Blu, ZTE, LG and more, software has never given us a bad impression. We’re willing to concede that some software has given us a mildly irritated impression, but never bad. Until now.

On the surface, it’s easy enough to not like EMUI – there’s no app drawer. That’s never bothered us in the past, and it doesn’t now. That’s not the problem. In fact, the software does a few neat tricks, which we will talk about and acknowledge, but the two things we interact with most on an operating system – the notification shade and multitasking – both cause us to don the rage face.

It’s fair to say that even the multitasking isn’t necessarily a bad experience, if you happen to miss iOS 8. Because the multitasking cards are reminiscent of that antiquated OS. It just feels old. It feels like we’re using a phone in 2013 – when the Cubs were still a godawful team. A phone in 2016 should never give you this feeling – it’s just gross, but not as gross as the notification shade.

Plus, coming off a Nexus 6P with Nougat, we had grown used to being able to pull down on notifications to get more detail, or separate out different emails, for example – that’s gone here. Sure, that’s just an older version of Android, we get it, but there is basically no additional information here. The truly infuriating part though, is that as you run your finger down the notifications, each one gives haptic feedback, as though it knows it should be doing something here, but just doesn’t want to get up off the freakin’ couch. Grr.

Also, notification icons are based on the user, not the app. So, a notification from my wife’s Facebook account shows up as her profile pic, not as the Facebook icon. Tends to get a bit confusing. That being said, there are some neat software tricks.

Huawei is obsessed with power management, and our battery section will discuss that. But there is a software component as well. Huawei wants you to know when an app is using too much power, and will tell you, pretty much all the time. This can be seen as somewhat of an annoyance, but for us micromanagers, it can be a useful tool. Plus, in the battery manager, battery usage is broken down by hardware versus software. This is not unusual, but having them sectioned off from each other is quite nice.

Huawei also has a thing for circles, with circular animations and icons appearing everywhere from the battery indicator, to the dialing screen, to the flashlight app. They’re not particularly functional, but they’re pretty. Also, when you create a folder, it’s really easy to add apps to it by tapping the big friendly “+” symbol. Android is getting really good at making folders – iOS and Windows should be taking notes.

Overall, the best part about this software gripe is that most of it can be replaced with a custom launcher (except for the freakin’ notification shade). After our review period that is exactly what we intend to do. Hauwei has a lot of work to do in this arena, and it sullies an otherwise remarkable phone. 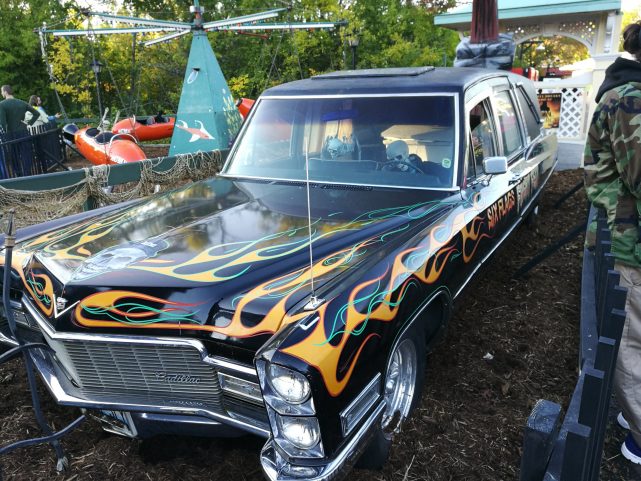 Juan Carlos Bagnell is far and away the most qualified to comment about a camera, and he does so at length in our Real Camera Review of this phone. I’ll refer you to that for the bulk of this section; that said, we do have some notes. The still photography of this phone is exceptional. The dual camera arrangement – one monochrome and one color – creates stunning photographs in most conditions. It is one of the best phone cameras we have ever used, which includes the Galaxy S6 Edge and the HTC 10. This camera is no slouch and it has one of the best quick launch implementations we have ever used.

You can configure the camera to quickly launch and take a photo in just about less than a second with a double press of the volume down button. The volume button is the weak link in this equation. We’re not sure how many folks will associate the volume down button with a quick snapshot, but if you can train yourself, it’s a neat feature. In our tests, the camera launched and took a snapshot in just about one second, give or take a tenth either way. What’s neat about that is that it takes an extra step past just launching the camera quickly. 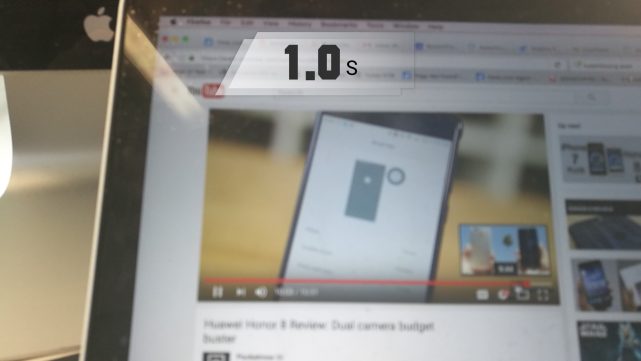 Chances are, if you are launching a camera quickly, it’s because there is something happening that you want to capture. By taking that extra step, Hauwei is getting you even closer to actually capturing that moment, and that’s a slick thing. The benefit to quick launching by the volume button is that the phone will naturally be held in the landscape position with the camera facing the right way. However, we’d like to see Huawei take a step further and allow the user to determine which button pressed will take this action.

Battery life on the Honor 8 is very solid, getting through an entire nine-to-five day on a single charge with plenty to spare for live-tweeting the Cubs in the playoffs at night. #FlyTheW. Our results with WiFi streaming and screen on time were consistent with our full review, but from the standpoint of train time, tethering, emails and Facebook at nine to five job and Twitter at home, this phone will easily carry you through a full day with no issues.

Plus, as we mentioned before, Huawei is great at letting you know what apps and hardware are using up your juice. The phone is quick to recharge with the included charging cable, but for the most part, you won’t have to, except at night. This phone is a great performer. 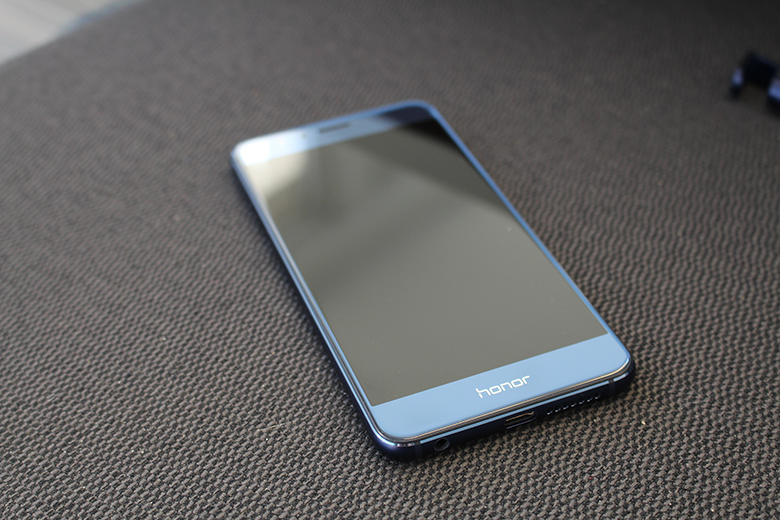 Holy crow, this phone is beautiful. Have we mentioned that already? It feels so great in the hand, and looks so great being held, it’s a real head turner. It feels like a premium experience for half the price. But on the other side, not only is the software a work in progress, but it’s arguably work being done in the wrong direction. Huawei has some good ideas here, but it’s losing them in a flaming bag of dog poop left on your front porch.

This is a great phone for $400. It’s an even better phone with different software, which is a lot easier to change on a phone than the hardware – at least until we finally get modular phones. But the bottom line is, this phone is probably the best experience you can buy for $400. You’ll notice we didn’t necessarily say it’s the best phone for $400, but the best experience. If you have to cut costs, you may as well get hardware that looks like you didn’t cut costs. Moreover, you should get hardware that not only doesn’t look like every other phone out there, but looks exponentially better than any other phone out there today.