At least one device in Israel has the update, which also brings EMUI 5.0. This follows the initial wave of updates in Japan.

After its initial seeding in Japan, other territories are starting to see the Honor 8 Android Nougat update rolling out. PhoneArena has been fielding reports of the over-the-air update hitting its readers’ devices. 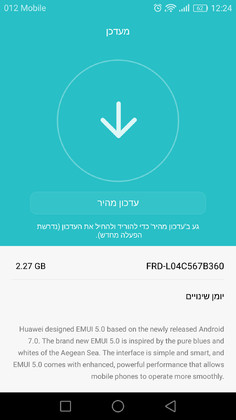 We aren’t sure where each reader is based, but one screenshot shows the update delivered in Hebrew. It also shows that this update, which also brings EMUI 5.0, is pretty big: 2.27GB.

Huawei has promised that United States units would receive the update in February.