This latest leak seems to contradict the most interesting rumor about the upcoming Honor flagship. Check out the alleged Honor 20 Pro camera specs!
Published 07 May 2019, 19:00 EDT

Huawei sub-brand Honor is expected to launch the Honor 20 and Honor 20 Pro duo on May 21, at a special event in London. Many details have leaked about the phones, and we’ve got a rumor round-up for you to read, in addition to official wording of an upcoming Moschino version. A Pink, Green, and Black color option have all been leaked, revealing a Huawei P30 Pro-like periscope zoom camera (until today), as well as reports that it might feature a punch-hole display.

A fresh set of leaked slides attempts to reveal all of the Honor 20 Pro camera specs, and, surprisingly, the fourth camera is not a ToF sensor as we anticipated, but a 2MP Macro-lens for close-up shots, at f/2.4. 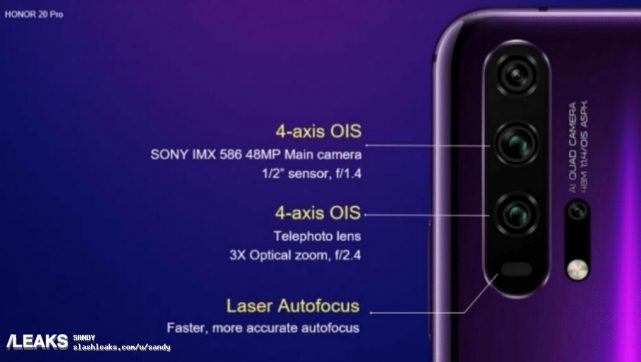 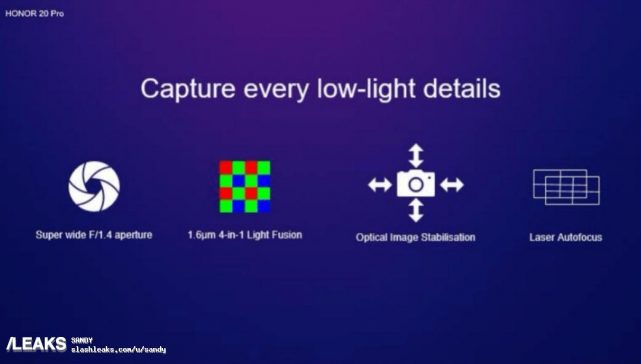 Now, for the interesting part: these renders are different from what we’ve seen so far. Previous renditions of the device seemed to feature a square, periscope-zoom camera at the top, similar to the one on the P30 Pro. Today’s leak replaces that with a circular lens super-wide angle lens, which could make total sense, as Huawei would want to keep the periscope camera proprietary to its flagship, while still improving on the Honor 20 Pro’s camera specs.

There’s also an LED flash and a laser autofocus, but we’ll let the slides talk for themselves. Below there’s a poster which seems to suggest two more color options: purple and red. 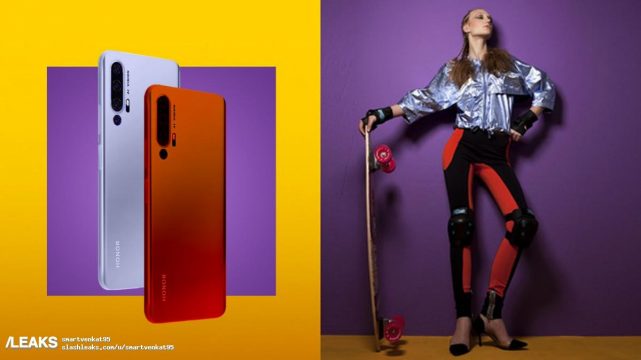 Samsung finally comes out swinging at the iPad Pro!