The China-first Honor 10 GT is not an entirely new device, but compared to the “regular” Honor 10, it packs more memory, also supporting GPU Turbo tech.

Huawei’s online-focused Honor sub-brand has become almost as active (and popular) as the main Chinese smartphone enterprise of late, releasing solid mid-ranger after mid-ranger, as well as the occasional inexpensive but eye-catching flagship.

The newly unveiled Honor 10 GT obviously falls into the latter category, although the handset’s exact price point hasn’t been revealed yet. We can safely assume it’s going to be slightly more expensive than the “standard” Honor 10, which domestically saw daylight back in April starting at the rough equivalent of $415.

We’re not sure what GT stands for, but compared to the “old” Honor 10, the new guy adds the company’s cutting-edge proprietary GPU Turbo technology, as well as two extra gigs of RAM. 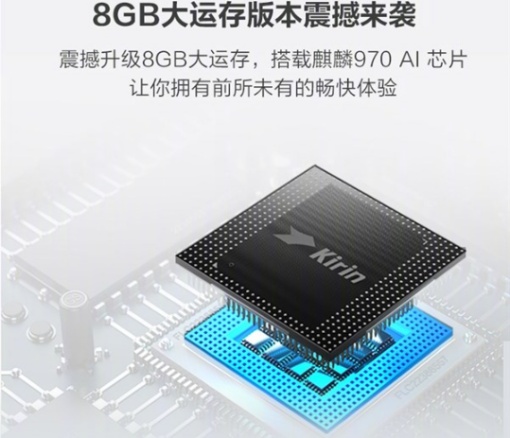 That makes the Honor 10 GT a better multitasker (on paper) than both the Huawei P20 Pro and Mate 10 Pro, actually being the OEM’s first-ever device to pack a whopping 8GB memory.

Back to the GPU Turbo mode, you should keep in mind the gaming-friendly, graphics performance-improving software will soon roll out to a number of Huawei and Honor phones over-the-air, requiring however no update as far as the GT is concerned.

Otherwise, this is the same exact product, with the same Kirin 970 SoC, generous 128 gigs of internal storage space, notched 5.84-inch LCD screen with FHD+ resolution and a 19:9 aspect ratio, dual 16 + 24MP rear-facing cameras, single 24MP selfie shooter, 3400mAh battery, and dazzling design. Flash sales will be underway in China on July 24 through JD.com, as well as the local Honor e-store.