This is a HomePod, the Siri speaker

WWDC 2017 was the time for Apple to finally pull out its Google Home and Amazon Echo competitor, but using only Apple services.

If you’re wondering what Apple is doing with a mesh marshmallow, you’re actually looking at the HomePod, the Siri-powered speaker to face against Amazon Echo and Google Home speakers around the world.

“Just like how the iPod reinvented music in our pockets, HomePod will reinvent music in our homes,” said Apple SVP for Worldwide Marketing Phil Schiller. 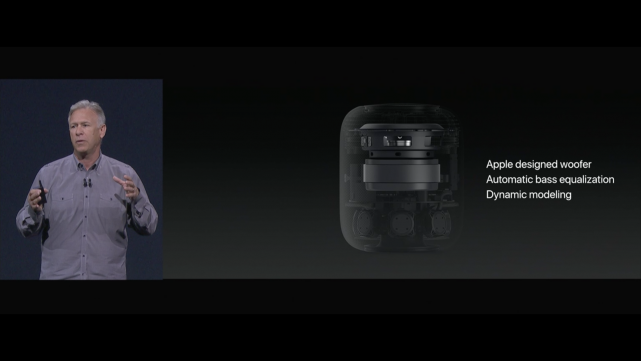 Seven tweeters align the bottom of the device with precision acoustic horns. One big woofer serves up the equalized vibrations needed for rich bass and percussion. The device is powered by an Apple A8 chip (perhaps this is why the iPhone 6 is back in some areas) that can focus on beamforming that can take main vocals, backing vocals and the track and give a mix that can be controlled to the note. Two HomePods can work in synchronization to amplify that effect. 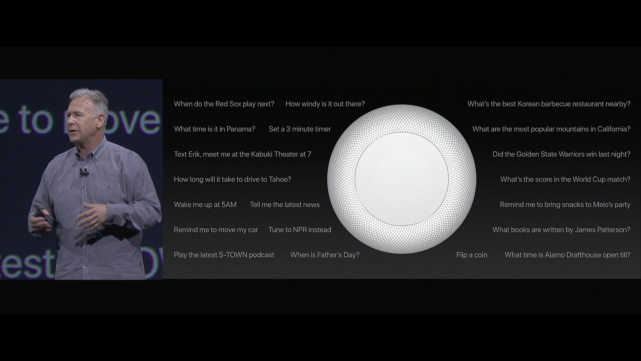 Siri responds to your queries through the six microphones, even through loud music playing. Apple Music serves up the 40 million songs — probably an incentive for you to become one of the more than 27 million subscribers and counting. Other audio bits are also available for streaming like news, podcasts, time-based apps and translation. HomeKit control is also available, thanks to the power of Siri.

Apple doesn’t log anything until the HomePod recognizes “Hey Siri.” The transmission is encrypted and anonymously tagged.

The speaker, in White and Space Gray, is being worked on for December shipping times in the US, UK and Australia for $349 or local equivalents.

We have new leaks that give us a full list of the specs in the new Huawei P40 and P40 Pro, along with their possible price