One more thing from HMD: a modern Nokia 3310 with… a Snake

It felt like a joke. It still does, fresh off HMD Global’s eclectic, jam-packed, entertaining and occasionally weird MWC 2017 event in Barcelona. It wasn’t even a very funny joke, wrapping up the hour-or-so shindig after an awkward citation of a classic Steve Jobs product introduction line.

But that contemporary reimagining of the iconic and anecdotically unbreakable Nokia 3310 is real, including the ability to play… a snake. A modern take on the old Snake game, that is, which doesn’t look very different from the original.

In Arto Nummela’s own tongue-in-cheek words, the HMD CEO and a skilled team of former Nokia engineers decided to “have fun”, messing around with an industry icon until they devised a whole new design. 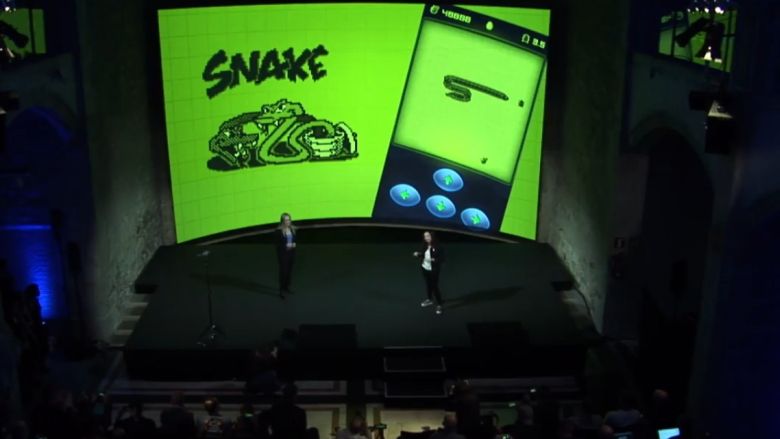 Stylish and colorful, the 2017 Nokia 3310, which is still dubbed simply… the Nokia 3310, promises to last a whopping 22 hours of continuous talk time between battery charges, as well as an entire month in standby.

It’s still a “dumb” phone by any standards, although it can clumsily surf the web on a pre-loaded Opera Mini browser. It also runs on Series 30+ software, sporting a tiny 2.4-inch QVGA (yeesh) display, 2MP camera, and microSD card slot. Unfortunately, there’s no “one more thing” to mention about durability, with the prettiness of the revised body making us wary of robustness compromises. On the bright side, at least it’s cheap, at 49 euros, rolling out sometime in Q2.