Will Nokia ever make a higher-end ‘X’ Android phone?

Nokia Android phones were once only a dream. Read why we now think it’s not too crazy to think we’ll see a true high-end Android phone from Nokia.

For years, Android enthusiasts begged Nokia to appease the masses with what they thought would be the perfect combination of the best software and hardware – its hardware running Google’s mobile operating system, Android.

Not everyone – including our own Michael Fisher – bought into the theoretical Nokia-made dream phone. But there is no denying it was an extremely popular concept.

Back in 2010, even I was guilty of suggesting a Nokia-made Android smartphone would solve all my personal gripes with smartphones. And I continued to preach the same story until Microsoft announced it would be acquiring Nokia’s Devices & Services business.

Then, out of nowhere, Nokia started teasing a familiar color of green in February, leading up to Mobile World Congress. At the mobile trade show in Barcelona, Nokia unveiled three handsets, the Nokia X, Nokia X+, and Nokia XL, all of which came running Android.

Of course, there was a pretty big catch – two catches to be exact. 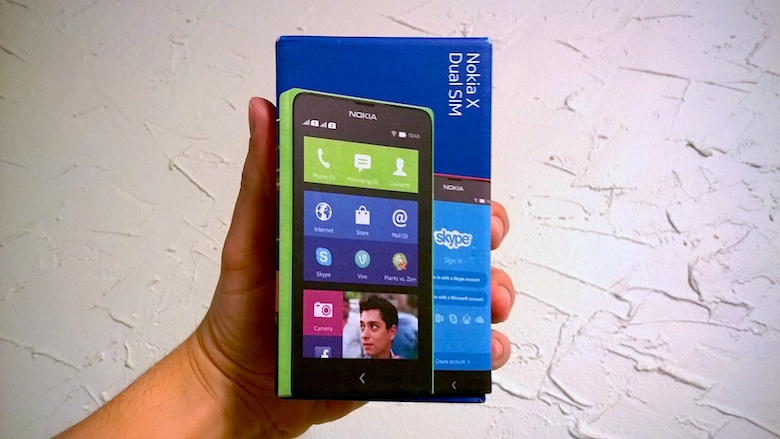 One, these Android-powered Nokia X phones were comparatively low-end, meaning they weren’t anything like the Android smartphones we were hoping for from Nokia. Two, we must use the term “Android-powered” lightly. Although the software which the Nokia X phones run is, by definition, Android, the experience and interface are nowhere near the typical Android experience. 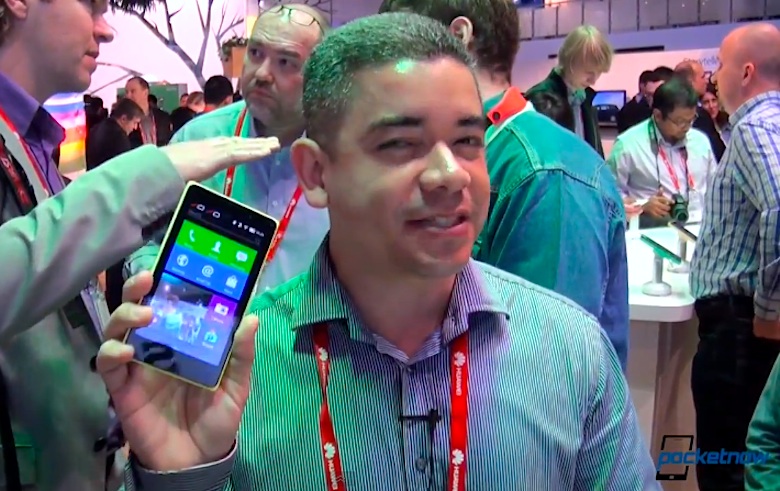 The software is heavily customized and strongly reminiscent of Windows Phone’s Modern UI. The home screens are made of large, square tiles, there are no widgets, and the application drawer doesn’t exist. Instead, it’s an alphabetical list which resides to the right of the home screen, just like in Windows Phone.

As far as hardware goes, the Nokia X was nothing to get excited over either. It came with a 4-inch WVGA LCD, 512MB RAM, 4GB storage, a 5-megapixel camera, and a Snapdragon S4 Play SoC with a 1GHz dual-core CPU and Adreno 203 GPU. Its battery was rated at 1,500mAh and it didn’t even come with a front-facing camera. And worst of all, while the phone shares a similar design language with other Nokia phones, it’s much more crude and … visibly low-end.

Just a few months later, though, Nokia started teasing more Android. Could it be the Nokia phone we’ve all be waiting for? 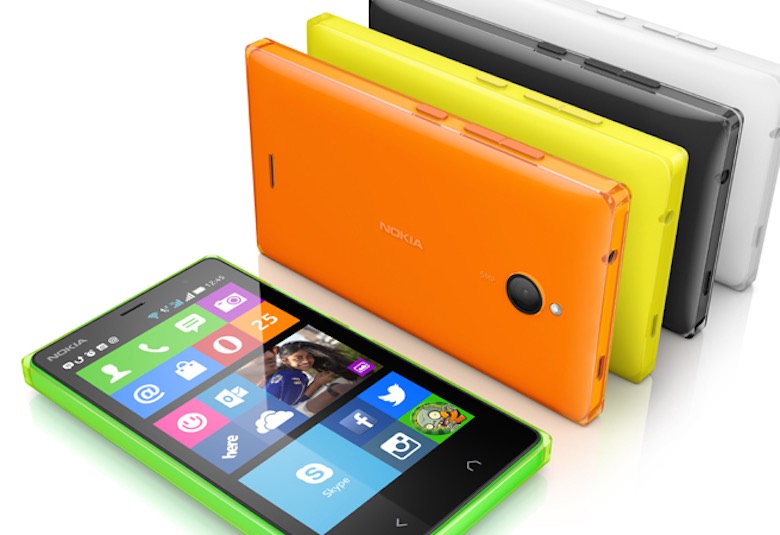 No. Turns out, it was the Nokia X2 – an arguably unnecessary update to the mere four-month-old Nokia X – just as some prior rumors had suggested. This time around, the screen was bumped to 4.3-inches, RAM was bumped to 1GB, it comes with a Snapdragon 200 SoC with an improved Adreno 302 SoC, and an 1,800mAh battery.

The most notable upgrade with the X2 was software which we’re still not convinced of. It’s still part of a plan to infiltrate emerging markets, entice users to start using Microsoft services, and get them familiar with the Modern UI, while slowly building Microsoft market share, even if not through Windows Phone. Ideally, Microsoft will eventually flip a switch and swap Nokia X phones from Android to Windows Phone, or something of the sort, and try to get all its existing customers to switch to Windows Phone. Outside that, Nokia X makes no logical sense. A Trojan Horse-style move like that is the only reason we can fathom Microsoft hasn’t completely killed these Nokia-made Android smartphones yet.

That logic, however, begs one big question: will Nokia and Microsoft ever make a high-end Android smartphone?

Okay, I know what you’re thinking. No, that makes no sense, Taylor. You’re stupid.

I’m not saying Microsoft would ever green light Nokia making a fully-fledged handset running stock Android or anything. Instead, maybe Nokia could make a Nokia X smartphone more along the lines of the Lumia Icon – a nice, big 1080p display, 2GB RAM, a nice camera, Qi wireless charging, NFC, and all the other things flagship smartphones have.

Why would Nokia do this and why would Microsoft ever be okay with it? So long as it’s running Nokia’s custom strain of Android (which undeniably looks like Windows Phone), why would Microsoft care? The experience on these so-called Android smartphones, just like the existing Nokia X smartphones, would be powered by Microsoft’s services – Live, Xbox Games, OneDrive, OneNote, Skype. They wouldn’t have access to Google services; therefore, the only way they would ever aid Google’s standing in the mobile realm is by Android market share, which is already far beyond that of Microsoft’s. It wouldn’t even matter in the end.

For the very same reason the existing Nokia X smartphones make sense, these high-end Nokia handsets could make sense, too. Maybe they wouldn’t appeal to as many people in emerging markets, but they could help provide the same backdoor service the Nokia X2 will provide in an emerging market in more established markets.

I can think of a few people who wouldn’t mind at least giving a high-end Nokia X phone a go – Nokia hardware, Google software (sort of), and a middle ground experience between Windows Phone and Android. 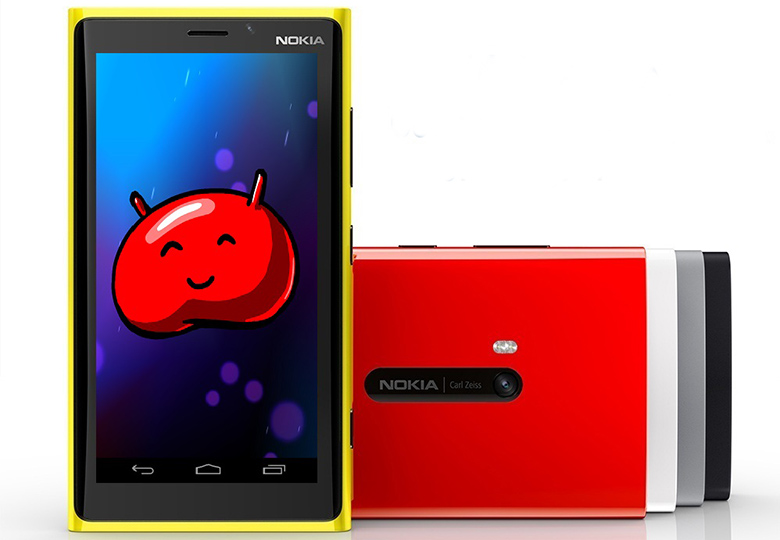 The upshot for people like me is the clever work of third-party developers who would ultimately hack stock Android on the hardware. Of course, this is exactly why Microsoft wouldn’t want to do it. But it would, at the very least, be making money off the hardware. So why should Microsoft even care?

It isn’t very likely any of this will ever happen. Then again, we all though Microsoft would pull the plug on Nokia’s seemingly crazy Android ventures. Here we are with the Nokia X2, after Nokia’s Devices & Services unit is officially under the Microsoft umbrella. Is it really as far fetched as we think?

What say you, ladies and gents? Will a true, high-end, Android-powered Nokia smartphone ever see the light of day? Or is that hope an empty one?