Can HERE Maps compete with the likes of Google?

Nokia is spreading the reach of its mapping service by offering it on Android. Read why HERE Maps on Android doesn’t stand a chance beside Google Maps…yet.

HERE Maps has sort of been the salvation for navigation for Windows Phone users, especially offline navigation. The praises of this feature are sang across the internet almost any time the service is mentioned. Many prefer Nokia’s take on mapping over the baked-in Bing Maps on Microsoft’s mobile platform and understandably so. Although Nokia’s mapping services, such as navigation or transit directions, are divided across multiple applications, it’s typically a more reliable and renowned service.

HERE Maps is one of the parts of the business Nokia didn’t sell to Microsoft, so following the sale, expansion into new territories for Nokia didn’t seem all that surprising. Android is an enormous market for mapping services, and Nokia first targeted one of the largest divisions of Android devices possible: Samsung Galaxy handsets. 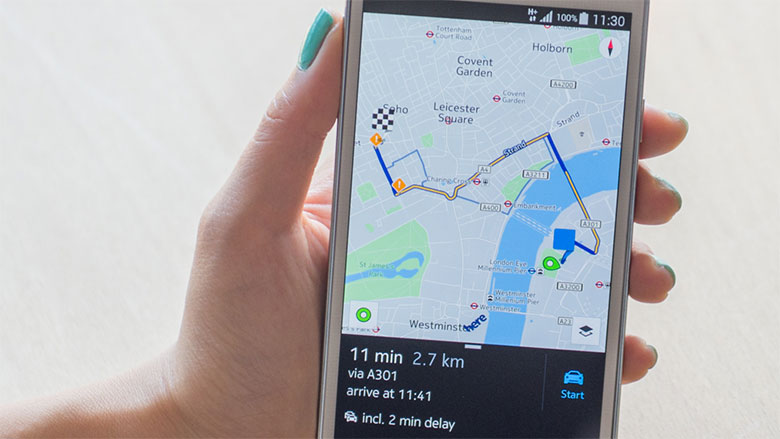 Last week, however, Nokia took its expansion to Android even further. HERE Maps is now available to any Android smartphone running Jelly Bean or later, though 1GB of RAM is recommended for optimal performance.

We know why Nokia is trying to grow its reach and notoriety in the mapping business. But is it ready to take on Google Maps just yet? Might iOS be a better stepping stone to begin with?

Apple Maps, one of the other relatively new mapping services, has been under quite a bit of scrutiny since it launched in 2012. It was leading users to incorrect locations, lacked the breadth of points of interest found in Google Maps, and was horribly inaccurate at times.

I can’t say HERE Maps is exactly the same story, but it’s not an entirely different one either. Unless you’re in certain parts of Europe, the points of interest found in HERE Maps is paltry compared to Google Maps, some users in our comments talk about some inaccuracies in current location, and more.

I’m not saying Google Maps is impervious to the occasional hiccup. GPS is a fickle technology that tends to act differently on just about every smartphone I’ve ever used. But of all the mapping and navigation services I’ve ever used – even in Europe – Google Maps has served me well. 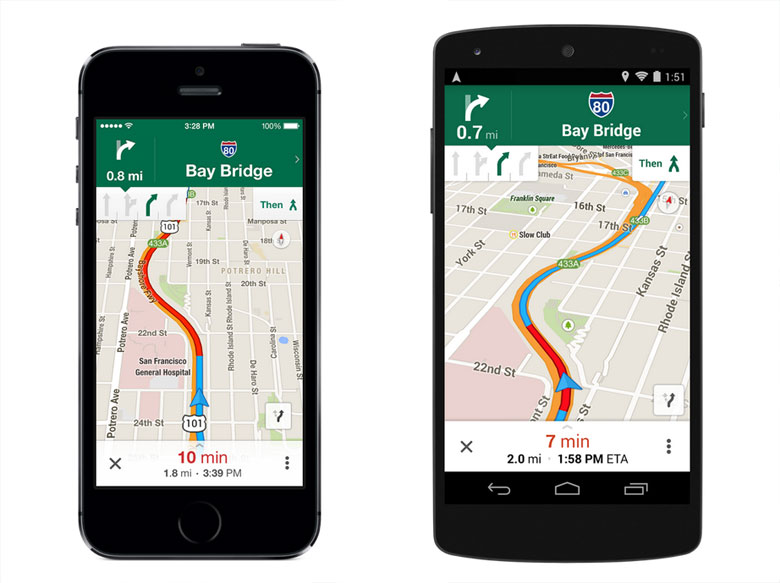 The question is, does HERE Maps have a chance on a platform like Android? On Windows Phone, it’s currently running the show. But on Android, it’s fighting an uphill battle from the start. Google Maps is a solid preinstalled option with a POI list to be reckoned with, incredible built-in street view, and a host of other features in a single app that’s deeply integrated with the entire operating system. HERE Maps isn’t ever going to power your Google Now experience, is it?

That’s not to say HERE Maps can’t or shouldn’t exist on Android. More choices are always welcomed. But Nokia’s decision to pull HERE Maps from the App Store back in December of last year was certainly an unusual one. Apple’s iOS seemed like the larger target, seeing as Apple Maps have caught a lot of flak since 2012.

What say you, ladies and gents?