We’re finally starting to get answers about all those Sprint Harman/Kardon HTC One M8 rumors.

Earlier this month, back when sales of the HTC One M8 were just starting to expand to include non-Verizon carrier in-store availability, we checked out an interesting story about Sprint’s version of the Android flagship. A rumor suggested that Sprint was going to get a special edition Harman/Kardon One M8, but then a close look at the currently available Sprint M8’s software appeared to reveal that a number of Harman/Kardon-branded audio settings were already present, and simply hidden away from the user. Was the Sprint M8 already this Harman/Kardon edition, and the carrier was just waiting to announce the partnership and activate that dormant software? Well, it took long enough, but today Sprint’s finally stepping up to explain the situation.

Sprint’s hosting an event in NYC this morning, where it’s announced that it will start selling a Harman/Kardon edition One M8 on May 9. The phone will come with a $150 pair of Harman/Kardon earbuds, hook users up with Sprint Sound Sessions for some advanced access to music, and offer an FM tuner.

OK, but that still leaves us with questions. Is that Harman/Kardon software we saw on the current Sprint One M8 never going to be switched-on, meaning you need to pick up this new model with the earbuds to take advantage of it? And why play-up the FM tuner as a special feature when it was already present on the base M8 hardware? Maybe most importantly, what will this Harman/Kardon special edition cost? We’ll update you as answers arrive.

We also hear about a Spotify partnership, giving users on a Framily plan a six-month free trial and discounted ongoing rates. Non-Framily subscribers get a three-month trial. 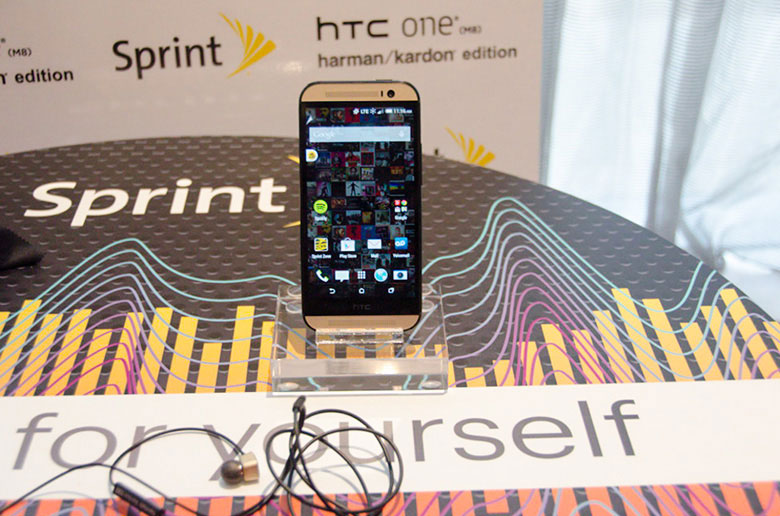