As expected and thoroughly previewed over the past couple of months, Microsoft is getting in the “smart speaker” game, following Amazon and Google’s suit, but technically beating Apple to the “premium” home AI product punch.

While the Redmond-created Cortana AI is “at the heart” of the new Invoke speaker “for the home”, this is actually billed as a Harman Kardon device first, made in partnership with Microsoft. As such, it obviously boasts “captivating sound” projected at “full 360-degrees”, possibly aiming to cater to a more demanding audience from an audio quality standpoint than the Echo or Google Home.

Relatively similar to Amazon’s cylindrical home automation hub in design language, the Harman Kardon Invoke “with Cortana by Microsoft” adopts a slightly more premium metal build that also suggests a higher price point than $180 or even $200. 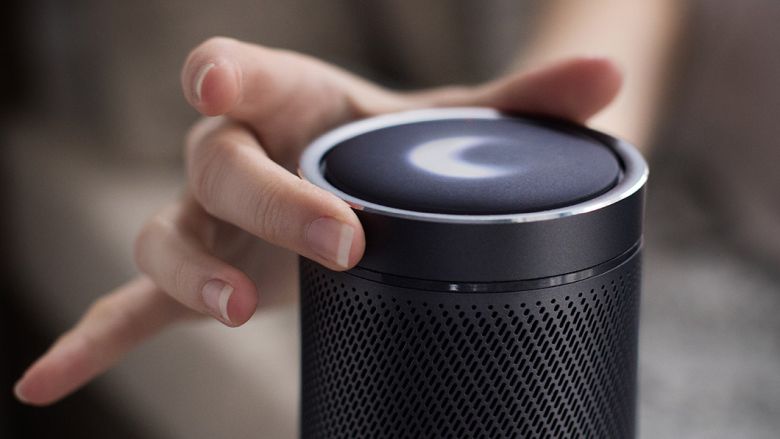 Of course, we’re merely speculating there, and it may still be a while until we find out how much the Invoke is supposed to cost and exactly when it’ll be made available. For now, Samsung’s new daughter company is only willing to reveal a vague “fall 2017” ETA on its official website, alongside the aforementioned information, predictable Skype integration for making and receiving “hands-free calls”, and the ability to “get things done with Cortana” simply by using one’s voice. No screen, no camera.