Samsung’s new Galaxy Tab S4 has a few innovative tricks up its sleeve! Take a look at our Hands-on for a quick peek at what this new tablet will offer.
Published 01 August 2018, 12:32 EDT

Samsung announced their newest flagship Android tablet this morning and we got to take a brief look at it. The Galaxy Tab S4 isn’t your average Android tablet. The big stand-out feature for the Tab S4 is that it now includes Samsung’s DeX software.  You may have seen DeX before on other high end Samsung Galaxy devices as its the desktop PC style interface that loads when you dock the phone with a larger screen, keyboard, and mouse.  Having this DeX interface available on a 9.7″ or 10.5″ Android tablet with a keyboard cover makes a lot of sense, and that’s what Samsung did.

First, let’s get the specs on the new Samsung Galaxy Tab S4 out of the way.

Now back to the cool stuff… 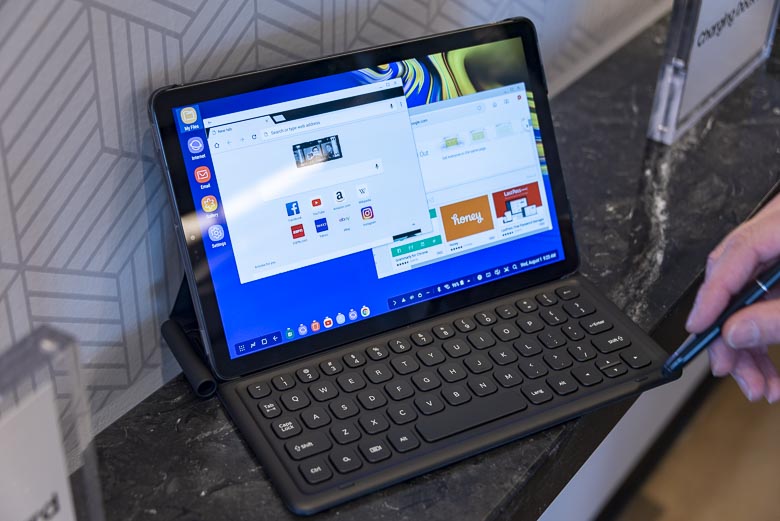 Switching to the DeX interface gives you something that looks like a strange Linux distribution and it kind of is. You’ve got multiple application windows, you can drag/drop stuff from one window to another in some cases, if you connect a Bluetooth mouse you can right click to show context sensitive menus.  The DeX interface supports the pressure sensitive S-Pen as well, but the barrel button on the pen doesn’t do anything at all. No right click, no S-Pen interface, nothing. 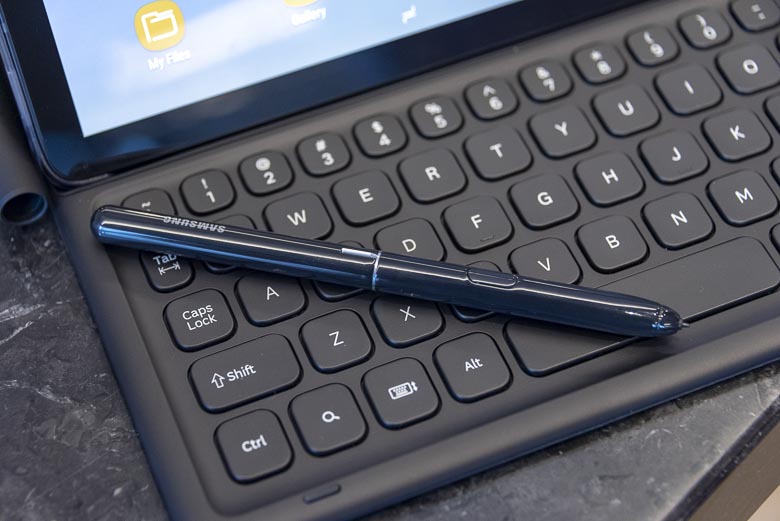 The S-Pen is pretty nice. It doesn’t require batteries and seems to be based on the same Wacom technology that the Galaxy Note uses. There is one barrel button which has special functions in the Android mode, but it is very smooth to the side of the pen and thus very difficult to find using tactile touch. 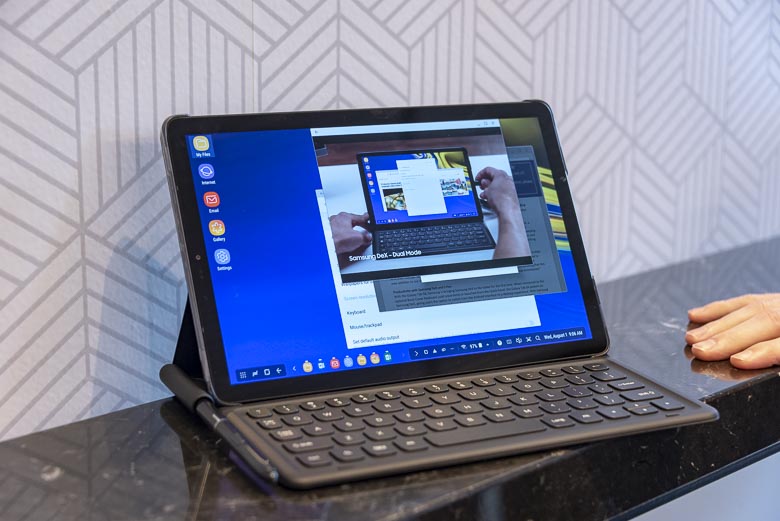 DeX mode reminds me of the old HTC Shift which supported dual booting between Windows Vista and Windows Mobile on a portable tablet. DeX mode is drastically different from Android mode and seems to require a whole system mode-switch to launch. The UI differences are hugely inconsistent as well. Only certain apps work in DeX mode and you can see more about which apps those are on the Samsung website. 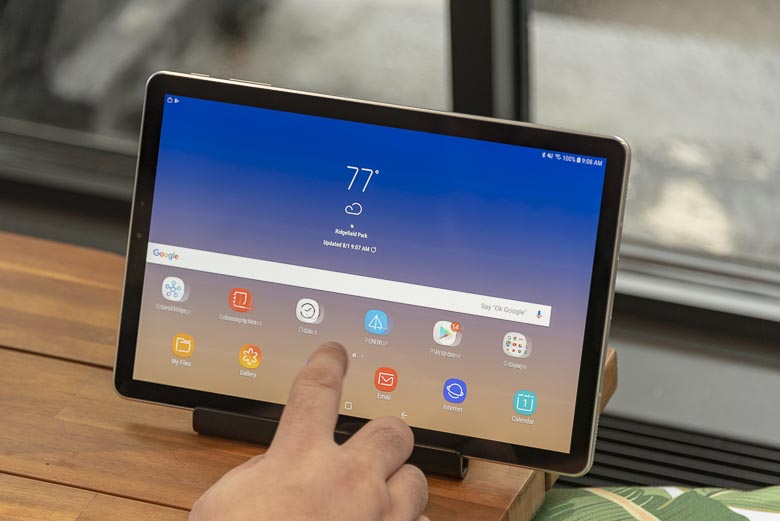 Android mode gets you back to the familiar Android interface where you can run all of your regular Android apps. Incidentally, you can have regular Android running on the tablet’s screen while having the DeX interface running through a USB-C adapter on a larger screen. 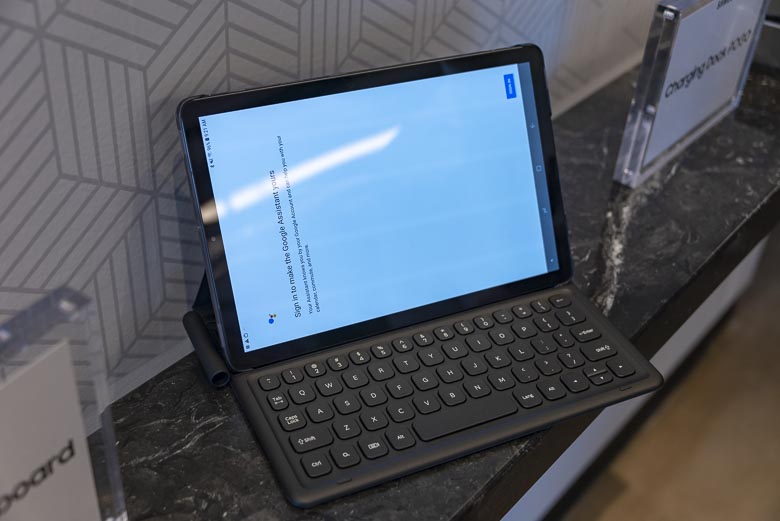 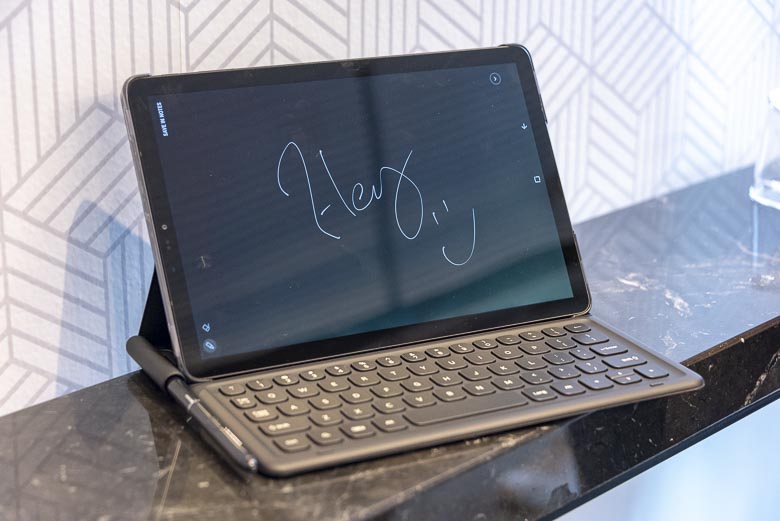 The Screen-off memo feature from the Galaxy Note has nicely appeared on the Tab S4 as well. It only works if you’re in Android mode though. If your screen is off in DeX mode, this feature doesn’t work at all, so you’ll have to turn it on, switch back to regular Android mode, then turn off the screen to do it. 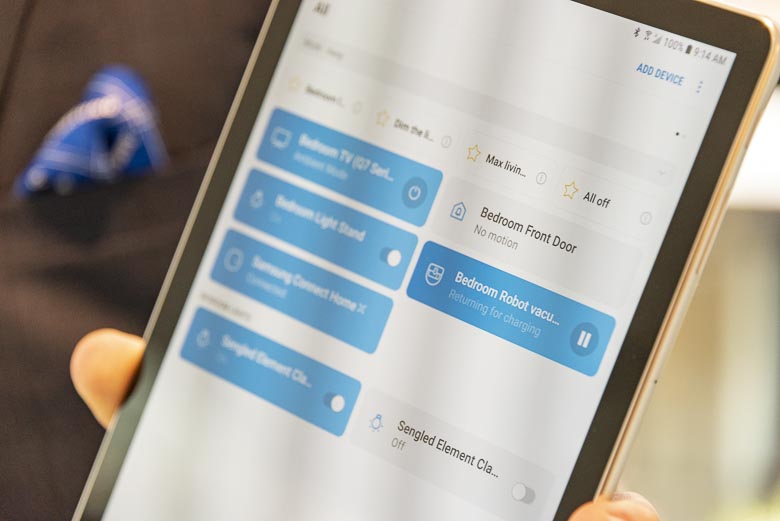 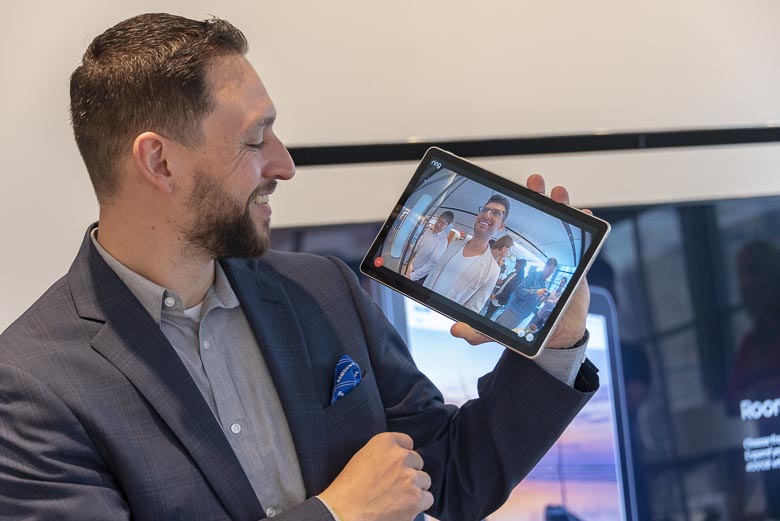 Here you can see the Samsung SmartThings app answering a “RING” doorbell without going through and switching to Ring’s software. 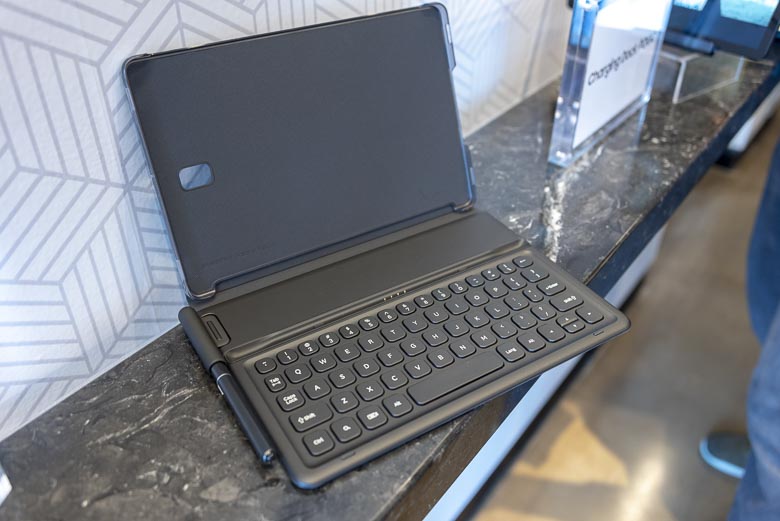 While the Samsung S-Pen is included with every Galaxy Tab S4, the keyboard book cover is not. That’ll be an extra $149. This is unfortunate as the keyboard cover also has a loop for holding the S-Pen so if you don’t have that, you’re likely to lose the pen.

You can pre-order the Samsung Galaxy Tab S4 today.

Here are the best Vivo phones across a wide range of prices to help you choose the perfect match for your pocket.

We keep on getting some great deals from Amazon, Best Buy and more, where we find the latest Amazon Echo Dot, and more on sale

For now, HarmonyOS is just a little bit too disrupted to make this smartwatch an easy…