The Grundig VUX brings the future to the kitchen

The Grundig VUX is a projector/controller that might make your kitchen the most futuristic room in the house. We’ve got an early look from the IFA GPC!
Published 24 April 2015, 08:58 EDT

At Pocketnow, Grundig isn’t a brand we talk about too often, and the kitchen isn’t a room we spend a lot of time in either. But the company just gave us a demo of its new Virtual User eXperience system at the IFA Global Press Conference, and the details were too cool not to share.

Essentially, the VUX is a projection-based control system for a variety of kitchen hardware. An integrated projector built into the overhead fume hood shines down on the surfaces surrounding the stove, and the result is a scalable, movable user interface shining up from the countertop. The effect is a little like the IR keyboards of yesteryear, but on a much larger scale: here, the interface spans several feet and can be configured to accommodate the particular layout of the available space. Buttons control functions like stove and oven temperature, overhead lighting, dishwasher and ventilation, with finger presses confirmed by the IR sensor array built into the overhead projector. 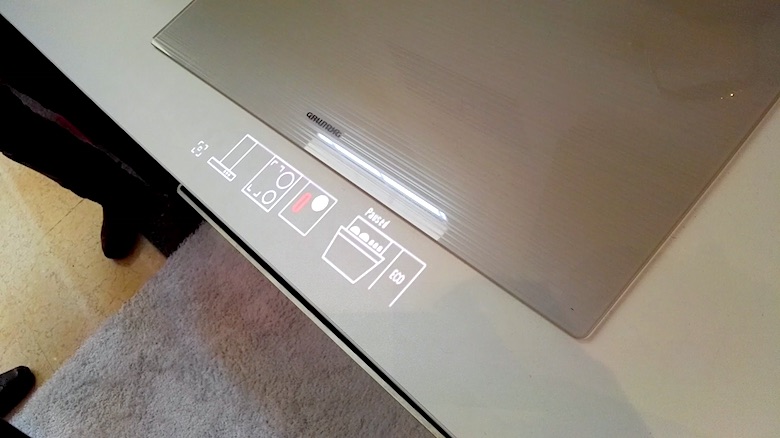 While the projection resolution doesn’t need to be very high at all to render the simple graphics of the interface, HD-level resolution is supported for video. The example Grundig used was a feed from a baby monitor in the other room, but it seems trivial to swap that out for a front-door camera or even a streaming video from somewhere else on the internet; the general idea of keeping an eye on other things while you’re cooking is very appealing. The projector can also be set to call out hot areas on glass ranges by painting them with a red glow. 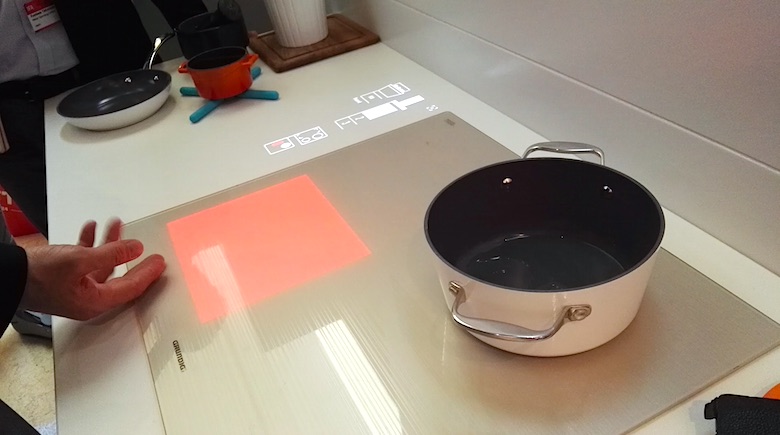 The Linux-powered VUX will operate on most counter surfaces (glossy black excepted) and will go on sale in the second quarter of 2016 for an as-yet-undetermined price. It may not be the most mobile of technologies, but it stands as important testimony to the ever-expanding breadth of consumer technology. Like the HTC Vive, it reminds us that the future isn’t just about unfulfilled promises of flying cars; it’s about using technology to make the everyday extraordinary. Hopefully we’ll see the VUX move into other rooms in the house in the coming years; for now, Grundig will tell us only to stay tuned.

It is likely to offer the same experience as the 55-inch model.

The Pixel 4a XL leaks show dual rear cameras on the phone, fitted inside a module that looks almost identical to the one on Pixel 4.
YouTube 1.8M
Facebook 569K
Twitter 196K
Instagram 133K
RSS