Remember the Samsung Galaxy Note 7 FE? In case you don’t, we said it was the best Note you didn’t buy. But this is not about the Note 7 FE, it’s about “FE”, which stands for “fan edition”. Samsung used it in the past and it looks like it’s going to use the FE moniker again, this time, adding it to the newly announced Samsung Galaxy A8s. Yes, a Galaxy A8s FE is coming.

According to reports, the CEO of Samsung Mobile China showed off the Samsung Galaxy A8s FE to members of the press. It will be officially unveiled on February 14, and it will be apparently aimed at female customers. Everything is identical to the original Galaxy A8s, except for the gradient color, which Huawei popularized with the P20 and P20 Pro.

The metal ring on the back around the middle lens is apparently, purely cosmetic, and the blue-ish colored phone you see below is just a prototype for showing off the color shades.

The Galaxy A8s was the first Samsung phone to feature an Infinity O display with a punch hole for the camera. Other specs include a Snapdragon 710 SoC, up to 8GB of RAM and 128GB of storage. 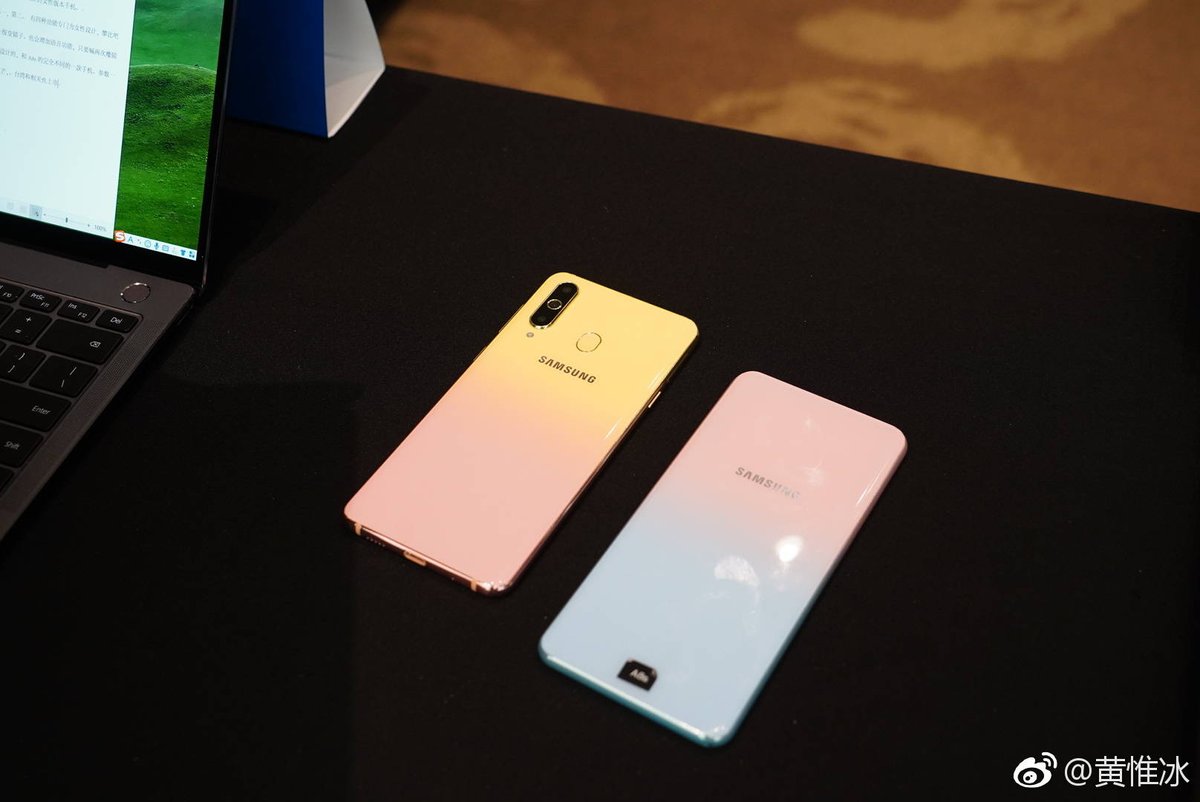