If the internet has to collapse on you, you may be able to get far and wide if you and a bunch of other friends get on with goTenna Mesh.
Published 28 September 2016, 17:44 EDT

Consumer-side mesh networking solutions have been popping up more often recently. Perhaps the idea of spreading stronger, singular networks has met its time and price, right?

But what about a solution that takes things off the grid when the situation strikes, be it in a foreign country or in a humanitarian crisis?

Well, GoTenna, the makers of a namesake product that enabled peer-to-peer wireless communications without Wi-Fi or cell signals, have come up with a solution called GoTenna Mesh and it’s on Kickstarter today.

It does what the goTenna did, but has the possibility of going much farther as it hops on other goTenna Mesh “nodes” to deliver communications. The mesh connections are anonymous and don’t pick up data from each node it passes by. While each node individually has a slightly weaker range than the original goTenna had (3 miles maximum vs 4 miles), meshing can effectively triple that range.

Users pair their smartphone to the node via Bluetooth 4.2 and download a companion Android/iOS app. Private peer-to-peer or group conversations can be held as well as public announcements within the network. You can share text messages under SMS parameters as well as share GPS locations on offline maps. The device is weather-proof. 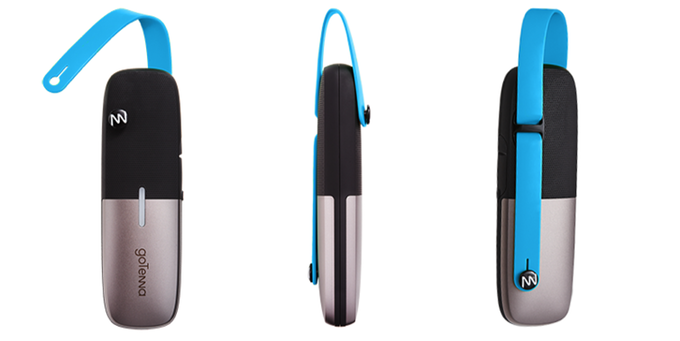 Just in case you’re wondering, the GoTenna and GoTenna Mesh are not interoperable. The former sends signals through the 150MHz band while goTenna Mesh works at the 900MHz band in the US and various others elsewhere, though all of them are open access.

As of this post, it has garnered more than $66,000 of its $150,000 goal. A pair of GoTenna Mesh devices go for $149 on the site — more than 700 units are still available at the early bird price of $129. Any amount of money donated above the tier pricing will be donated to Telecom Without Borders to connect emergency and humanitarian workers in Syria, Haiti, Nepal and other needed areas. Most perks are expected to ship in December.

With multiple brands already deep in the game and Android fully embracing foldable devices, now might be the right time for a foldable Pixel.

Check out some of the options to keep your device safe, as we list some of the best cases available for your new Samsung Galaxy Note 20 Ultra

On today's Pocketnow Daily, we talk about the availability of the Microsoft Surface…