VR180 sounds inferior to 360-degree video recording, but as Google sees it, this could be the future of virtual reality content creation.

Instead of taking 360-degree video a step further (to 720 degrees?) to try to popularize a technology both content creators and consumers seem to agree is exciting but immature and largely inaccessible, it sounds like Google is actually going backwards.

Enter VR180, a whole new 3-D video format the search giant’s YouTube and Daydream divisions have been working on for a little while, aiming to make “VR content even easier to create.”

Now, this seems like a step back and 50 percent immersion reduction, but what it does is merely eliminate the part of the equation everyone finds mostly unnecessary and even a tad irritating about 360-degree videos.

You no longer have to worry you’ll appear in the shot and, well, look dumb, as VR180-capable cameras only focus on what’s in front of the videographer. Straight ahead, left and right, that’s all you need for “high resolution” films that “look great on desktop and on mobile”, transitioning “seamlessly to a VR experience when viewed with Cardboard, Daydream and PSVR, which allow you to view the images stereoscopically in 3-D, where near things look near, and far things appear far.” 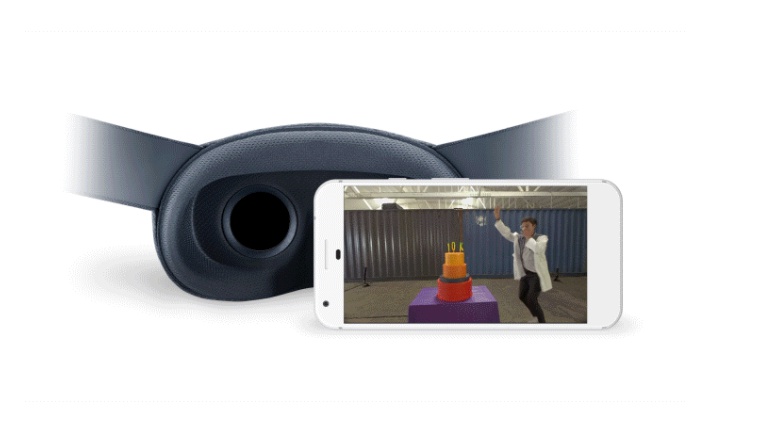 Basically, Google is touting similar quality and engagement as “traditional” 360 content where it matters, plus extra versatility, simplicity and, perhaps most importantly, unrivaled affordability from compatible LG, Yi and Lenovo gear slated to cost “as little as a couple hundred dollars.”

Brand-new VR180 cameras built by those three companies in partnership with Google will “hit shelves this winter” for “around the same price” as point-and-shoot cams, while “other manufacturers” are able to join a certification program to “unlock opportunities for anyone looking to easily make VR memories.”

At the end of the day, this is just another experiment that may or may not take off, but in addition to showing promise, the VR180 project is also practical and budget-friendly. What’s not to love?