No standalone Google VR Headset (and this is the right move)

Rumors pointed to a standalone Google VR Headset, but the official announcement is a lot more conservative. Here’s why Google Daydream is the right move.

Before the Google I/O keynote, we were awash in rumors pointing to a standalone virtual reality headset coming from Google. You always have to be careful with those rumors, as the reality of Google’s VR strategy doesn’t seem to hinge on the same high end hardware that Oculus and the HTC Vive utilize.

Moving forward we’ll be talking about Daydream as the next evolution of the Cardboard experiment. In terms of hardware, Google isn’t making a headset, but instead is offering a set of guidelines and reference designs for developers to take advantage of. The hot new addition? A motion sensitive remote control. 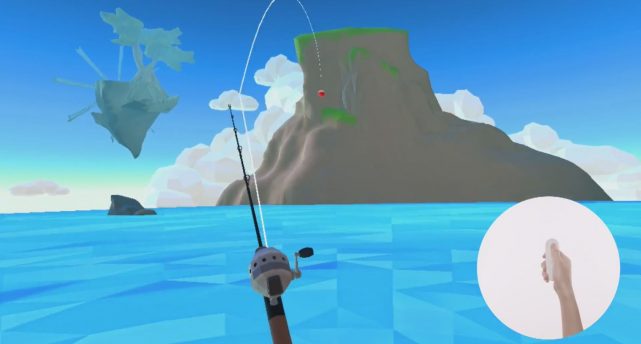 This “bottom up” strategy makes a lot of sense from a company which currently owns around 80% of the smartphone market. While the VR experience will certainly be nicer on dedicated VR systems, those systems require expensive components and powerful computers. If we had to wait for this hardware to “trickle down” to mainstream consumers, we’d have a long wait indeed. The next generation of phones however, look to supply a high quality “budget” VR experience with a lot less fuss.

This will be yet another benefit to owning a high end phone. A faster CPU and graphics processor, motion sensors, and a higher than “necessary” resolution screen all contribute to improve the feel of using a motion tracking monitor strapped to your face. 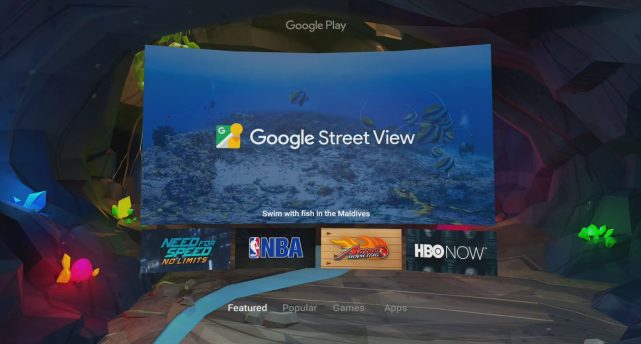 Daydream doesn’t bloat the Cardboard experience significantly either. The Google Play store will get a revamp to better cooperate with this different viewing setup, and as mentioned above, consumers who want to use Daydream will only be on the hook for a headset shell to dock their phone, and a remote to interact with apps. This is a far cry from gaming controllers and bolting motion sensors around a room. Daydream is still nearly contained to the phone someone is already likely to be carrying. For folks interested in a higher end experience, Google won’t be ruffling any feathers by trying to compete with more expensive options.

For all of our tech geekery, waxing romantic about high end gaming systems, this really does look like the next big step for VR. Cardboard is a playful way to introduce someone to the concept of phone-based Virtual Reality. Daydream will help consumers take the next step into immersive content.

Will Daydream be the gateway drug for VR? Drop us a comment below!