Google Voice coming to Hangouts: the good, the bad, the ugly

I’ve used Google Voice since the days when it was Grand Central. It’s an amazing product and one that I don’t know what I’d do without.

For those of you who don’t know, Google Voice is an interesting combination of telephone services. First, and foremost, Google Voice is to voicemail what Gmail is to email. When someone calls you, if you don’t answer (or if you have a rule set up) they go to voicemail. After they leave a message it’s transcribed (sometimes with ridiculous results). From there you can peek at what the message was (or what Google thinks it was), and call them back or send them a text.

Additionally, you can set up rules for incoming calls. I can’t tell you how many times my phone number has inadvertently leaked out in one of my videos. I’ve even had several Pocketnow readers call me up or send me texts out of the blue. Since I’ve set Google Voice up so that only people in my address book ring through (and only at certain times of the day), I’m never bothered by these. It also keeps telemarketers at bay.

Google Voice also handles text messaging, but it’s got some limits. Group texting is pretty much out. MMS picture messages only work when they’re sent from a few select carriers, and even then they way they’re handled is strange. Also, since Google Voice is an Internet service rather than a GSM service, if you don’t have a connection to the web your texts won’t go through. Yes, that’s an important distinction. What’s more, because Google Voice is a separate service, it doesn’t send or receive texts through your traditional Messaging app — it uses a special app that bears its own name.

While it’s a bit inconvenient, it’s something those of us who use Google Voice regularly have gotten used to. We just remove the Messaging shortcut from our homescreens and put a Google Voice shortcut in its place. 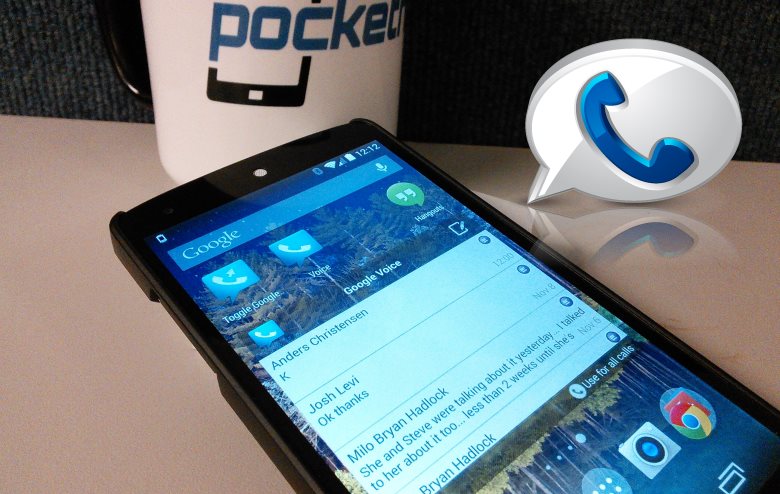 Google Voice doesn’t stop at just “SMS” and voice messaging, the service also allows you to route incoming phone calls to whichever phone number you’ve configured (Google Chat, your cell phone, your office phone, your home phone, etc.), and even lets you configure rules to control who can call you, what times of the day they’re let through (versus being sent directly to voicemail), and even what phones you want the service to ring.

It sounds a little complicated, but once you put it into practice, it’s pretty nice. You phone bill, however, will be a bit confusing. Rather than dialing out to the number you’re actually calling, Google Voice rings a special number through which the call is routed, at that point your caller ID is injected into the call, so the person on the other end sees that it’s your Google Voice number that’s calling them.

This setup can come in very handy, especially when you’re travelling internationally, since Google Voice will pick the closest access number through which to route the call — on both sides of the conversation. All the heavy lifting is performed by the Internet and VoIP. 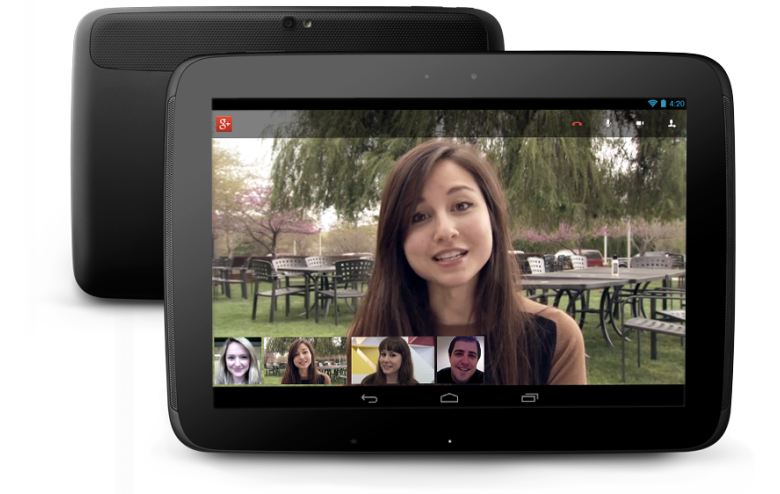 Hangouts is Google’s answer to Apple’s iMessage. With it you can send chats to a single person or a group of people. You can make and receive audio calls, and even calls with video. It’s the same technology that Pocketnow uses for the Pocketnow Weekly and Pocketnow Live. Since it uses the Internet to make and receive these calls (can we call them “calls”?) you don’t need to have a cellular plan, or even be somewhere with cellular coverage. Of course you do need Internet access, but that can be gotten via WiFi. 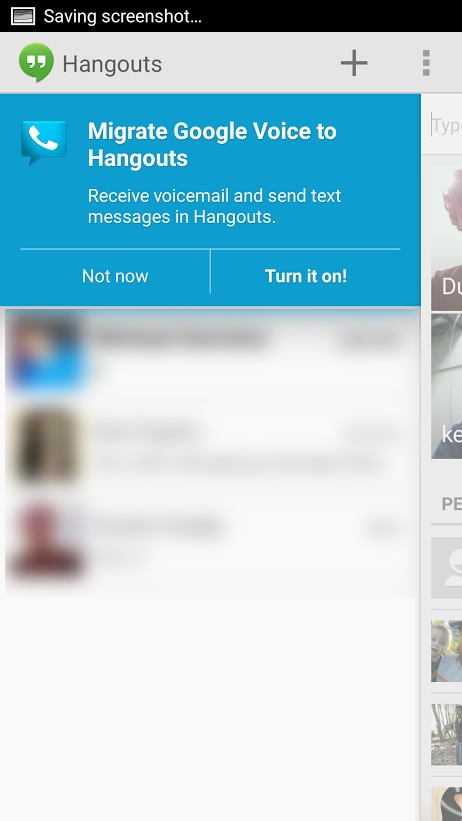 Google has begun pushing people to use Hangouts as their SMS client, rather than other messaging apps. Most of the time this works great, but it can be somewhat difficult to tell how Hangouts is sending the message (via chat, SMS, etc.). What’s more, Google Voice integration hasn’t made it to Hangouts yet, and I can see why.

Bringing Google Voice texting to Hangouts should be a no-brainer, but how are you going to integrate voicemail and voicemail transcriptions into the Hangouts app rather than the Google Voice app (which I presume will go away at some point in time)? That doesn’t seem intuitive.

And what about voice calls. Are we going to see Hangouts replace the dialer app, letting you make voice calls via Hangouts audio as the preferred method instead of cellular voice calls? Will you be able to select between the two? Will outgoing calls be Hangout audio from your smartphone or tablet, but connected via Hangouts or the plain old telephone network? We don’t really know.

Needless to say, there is a lot of potential here, but it seems like Google may have bitten off too much too soon with Google Voice and Hangouts integration. Perhaps that’s why it’s taking so long for it to roll out.