Google Tasks is exactly what we’ve been waiting for, here’s why

Learn more about what makes Google Tasks so special, as the company has finally decided to integrate services like GMail
Published 28 April 2018, 18:00 EDT

Over the years, we’ve all come to rely on Google’s apps and services to get us through the day. Google Search, Gmail and even Google Maps were essential tools even before Android was released. Like many of you, I rely on Gmail as my main email client and use most of the features it has to offer. When the Tasks feature originally made its debut in Gmail, I used it religiously for over a year. It was simple and easy to use since it was right there. However, I moved on to third-party apps like Any.do, Todoist and Wunderlist since they offered more features and better functionality. I’ve used those three quite a bit and love all of their organizational, tagging and scheduling features. But the feature I’ve always craved was Gmail integration.

That’s why I was ecstatic when I read that Google released a dedicated Tasks app for Android and iOS. Google Tasks is a simple and elegant task manager. Nothing more, nothing less. Like all good task managers, the app allows you to easily add tasks to a list and cross them off when they’ve been completed. Each task can have a list of sub-tasks, each with the option to add a note and a due date which organizes the order of your tasks and pops up a notification on your device on the day it’s due. 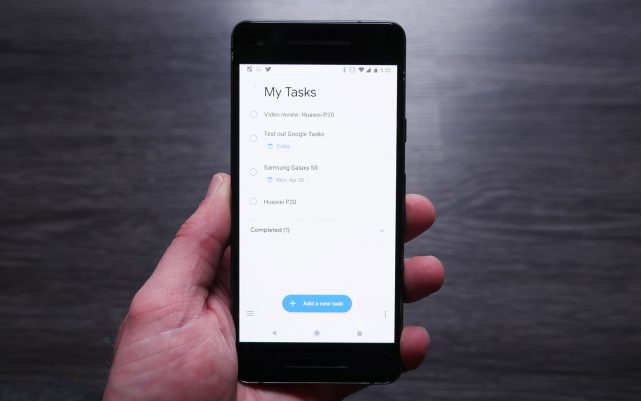 As I said, it’s simple. There’s really nothing innovative in the design or execution of the app and many of its competitors have a lot of features that Tasks is missing. But Tasks secret sauce is its integration with Gmail. Google is in the process of rolling out a new version of Gmail for the web. The layout has been tweaked along with its functionality. It works more like a web app, giving you drag and drop functionality and much better integration with Google Calendar, Keep and Tasks. If you have an email that has a task associated with it, just drag the email to the right and drop it on the Tasks icon and it’ll create a new Task. You can then add notes to the task and schedule a due date. 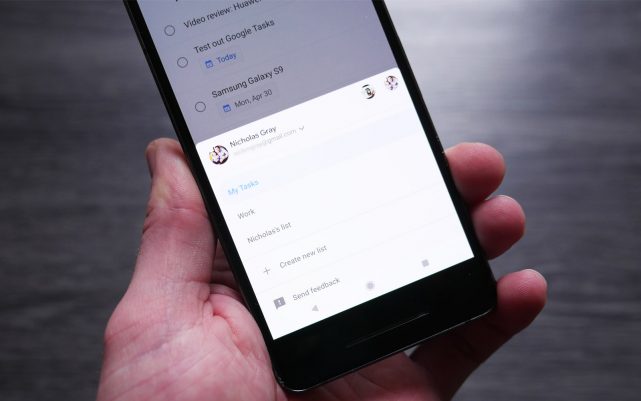 Since Gmail is my main communication tool for work (and I use three different Gmail accounts on a daily basis), Tasks will likely be my go-to task manager going forward. That being said, there are a few things that I’ll miss by switching to Tasks:

What was delivered with the first version of Google Tasks is pretty impressive, but there’s obviously room for improvement. Many of the features on the above list are likely on Google’s development roadmap already, so we could see improvements to Tasks roll out over the next few months.

For me, switching over to Google Tasks is a done deal, but Google may have a harder time convincing others to make the switch from their favorite task manager without adding a few more features to its new app. If you haven’t downloaded Google Tasks yet, I highly recommend that you do. Take it for a spin and let me know what you think in the comments.

Samsung seems to have faced structural challenges, and a built-in slot for S-Pen is no longer viable.