There is slight, but repeated, evidence that hints towards Google silently preparing a Play Pass subscription service for the Store.
Published 31 October 2018, 03:00 EDT

Almost two months ago we heard about the Google Play Store getting Play Points royalty program. If you missed that, you can read up on it in our article here. Changes to the Play Store are slow to roll out because of the massive size of the service. Reports claim that Play Points are silently rolling out in Japan, but a recent discovery hints that Google might be preparing a Play Pass subscription service as well.

A recent APK teardown interprets a late June discovery of the Play Pass string. Tinkering with the settings inside the APK didn’t trigger anything new to pop up in the Play Store app, but XDA Developers note that “decompiling the code showed that Play Pass had something to do with a subscription”.

However, a recent Google Opinion Rewards survey was uncovered asking opinions about an app store that “has a subscription that offers hundreds of dollars worth of paid apps and games for a monthly fee”. It also asks how the name “Pass” would describe such a service. While this could have easily gone unnoticed, it’s the previous Play Pass discovery that helps connect the dots.

This might be a clear indication that Google is working on a paid subscription service in Google Play that might be called Play Pass. We’ll have to wait and see. 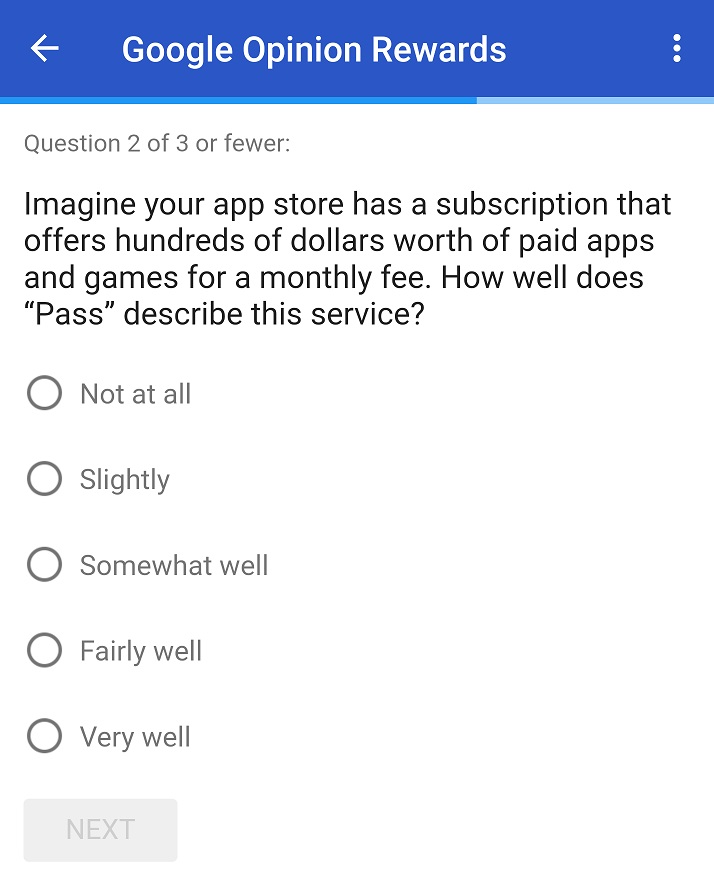