According to a market research firm, there were twice as many apps downloaded from Google Play than the App Store in 2015, but the latter made more money.
Published 21 January 2016, 07:15 EST

Roses are red, violets are blue, Android has more fans than iOS, but with less money to spend on both hardware and software. Facts of life or exaggerated urban legends? You know, like Apple’s alleged mobile security advantage, disputed in numerous reports of late.

Unfortunately for Google, its device-making partners, and especially friendly app developers, the same can’t be said about Cupertino’s edge when it comes to App Store revenue. That one’s no myth, and in fact, iOS titles generate more income overall, despite considerably lagging behind their Android counterparts in terms of download figures. 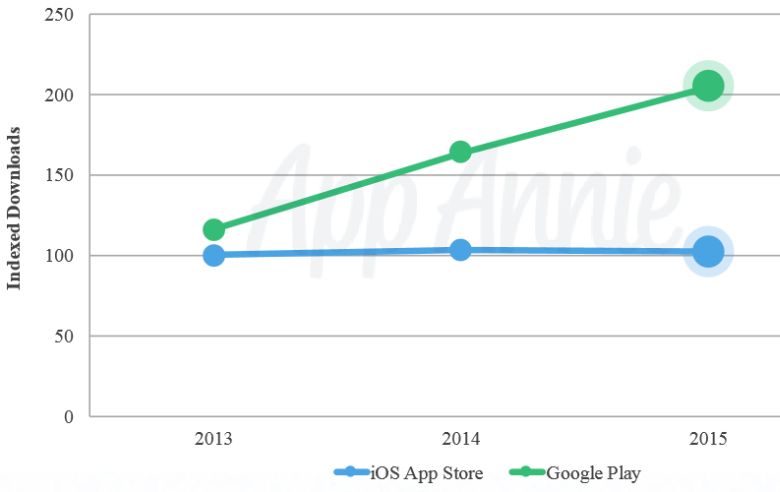 According to App Annie’s 2015 retrospective, Google Play downloads exceeded 200 million last year, while the App Store merely managed to rack up 100 mil installations. Then again, the continuous prevalence of free titles in the former library caused it to lose the earnings battle by a similar gap, as the App Store collected its devs and Apple head honchos around $200 million.

That number doesn’t fit with official statements from the iPhone and iPad creators, but there could be various explanations for the huge discrepancy. First, App Annie doesn’t track in-app purchases. Second, its research is based on “more than 1 million apps”, which isn’t the sum total of the iOS App Store database. And third, nobody besides Apple can ever get the full scoop on the giant’s financials. 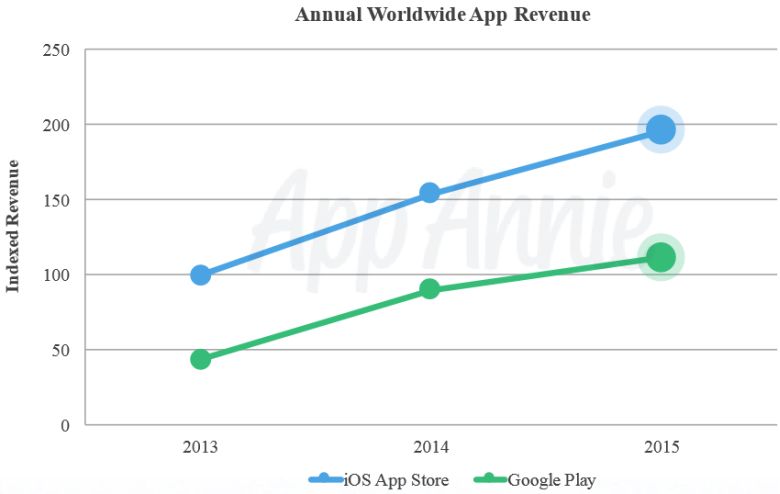 At the same time, it’s worth pointing out the report probably doesn’t count ad revenue generated by Android apps either, which is a big part of Google’s vision for Play Store profits.

All that being said, both Big G and Cupertino have reasons to rejoice upon checking out the research, as the former’s apparently widened the download gap, whereas the latter keeps its money advantage intact.

Source: App Annie
Via: The Next Web

Consumers who pre-book a Galaxy S21 series smartphone will get a cover free.