We are left wondering whether Google will follow the example set by other Android manufacturers and release a 5G phone this year, or will it go the Apple route
Published 16 September 2019, 10:00 EDT

There are so many Pixel 4 and Pixel 4 XL leaks that it’s hard to believe it’s a coincidence. Controlled? Maybe, but the amount of before-launch details that we’re getting will likely leave Google with nothing new to say about the devices.

In this latest bit we’re finding out that there will be a 6GB of RAM version model of the Pixel 4 XL, as well as a variant with 8GB of memory. This latter option will likely be, according to the reports, the Pixel 4 XL 5G, which also appeared on Geekbench with the same name and exact same amount of RAM. Wishful thinking has everybody wonder about whether this beefed up version will still run the Snapdragon 855 chip, like its other siblings, or maybe, considering it’s a 5G model, Google opted for the faster, Snapdragon 855 Plus.

There’s one month to go until the announcement, on October 15, and we are left wondering whether Google will follow the example set by other Android manufacturers, and release a 5G phone this year, or will it go the Apple route, just testing the waters internally, for a 2020 launch of a 5G Pixel phone. 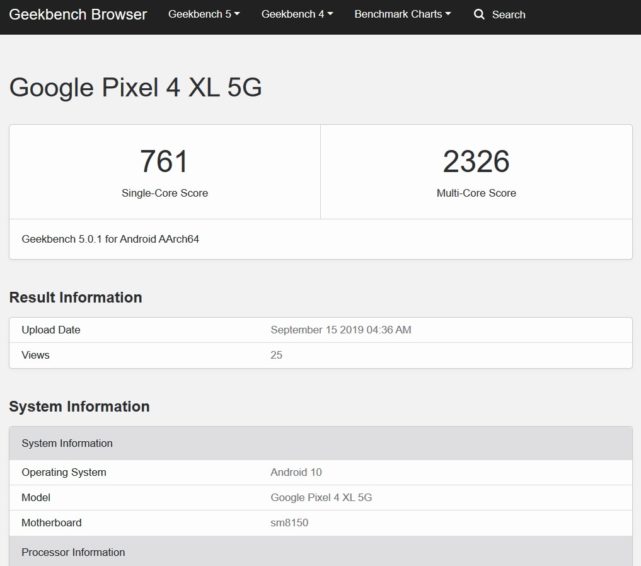 That said, a 4G variant of the regular Galaxy S21 with model numbers SM-G990F and SM-G990F_DS has been certified by Bluetooth SIG.

One of the upcoming Samsung tablets might be called Galaxy Tab S7 Lite, while the other one will bear the ‘Plus’ or ‘XL’ moniker.