Google Pixel 3a confirmed by website, here’s when it will get announced

Google’s own website has confirmed the Pixel 3a moniker, while the Google Play Console suggests when we might see the phone announced.
Published 06 April 2019, 02:00 EDT

The fact that the “lite” version of the Google Pixel 3 will be called Pixel 3a (and 3a XL) was first suggested back in March. Since then we’ve seen prices being rumored, and an executive was talking about an unreleased phone he was using, which could very well be the lite Pixel 3.

Now Google has confirmed the name of the device, in this case Pixel 3a, on one of its websites (which is no longer active), as you can see in the screenshot below The Verge managed to take. Additionally, a reddit user managed to poke around the Google Play Console and see references for “bonito” and “sargo” phones that were mentioned as “midyear experiences”.

The two codenames are widely accepted as the codenames for the Pixel 3a and 3a XL, in which case we should hear official information from Google soon. It may or may not happen at Google I/O in May though.

The Pixel 3a and 3a XL are expected to feature a 5.6-inch and a 6.0-inch OLED display, respectively, both with 1080p resolution, and pack a Snapdragon 670 (according to some reports) chip, and a 12-megapixel main camera. 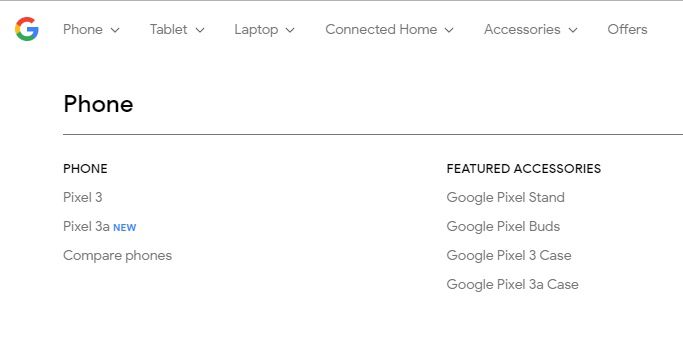