Google Pixel XL2 is back in the spotlight with benchmark revealing 17.5:9 display

Another 2017 flagship Android phone, another odd-sounding display aspect ratio. This time, it’s the Google Pixel XL2 and 17.5:9, aka almost 2:1.

Can you believe a whole month has gone by without a single credible (or incredible) new rumor, report or alleged leak on any of Google’s next-generation Pixel phones? That sounds like some kind of a record considering the number of speculative pieces we’ve had to write regarding the iPhone 8, aka X, in the last couple of weeks alone.

But the Pixel XL2, also known as “Muskie” on the inside, which is probably still manufactured by HTC, returns to the rumor mill with a bang today, thanks to an eye-opening pre-release benchmarking visit. 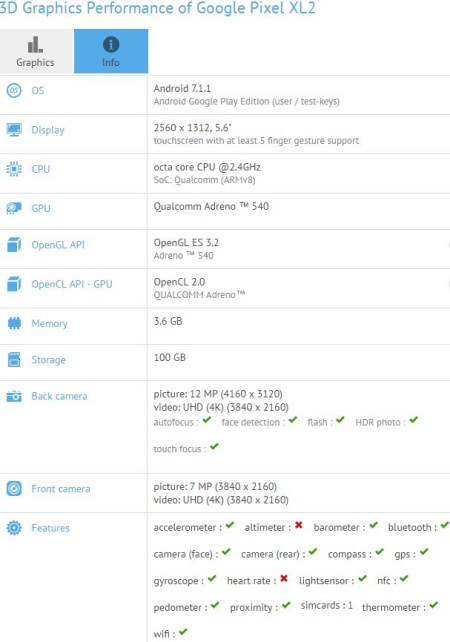 The display, meanwhile, is a different story, sporting a very bizarre and awkward-sounding 2560 x 1312 resolution. The 5.6-incher, up slightly from the 5.5-inch first-gen Pixel XL, would basically follow in the footsteps of Samsung’s Galaxy S8 and the LG G6 with an aspect ratio of around 18:9, or 2:1.

The MEMC chip will upscale 30fps videos up to 120fps frame rate so that they can take full advantage of the 120Hz screen on the OnePlus 8 series phones.
YouTube 1.8M
Facebook 571K
Twitter 196K
Instagram 134K
RSS