Google usually has a quick post ready for one of its many project blogs to tell users and developers of a great new feature that they should look forward to. Not the case this time. An update to the Google app for Android apparently brought nothing worth noting. Not even in the update log on the Play Store page.

The /r/Android subreddit tends to disagree. One of its users was the herald to a new audible feature that can read out your latest text messages.

Ask Google to, “Show me my text messages,” and it’ll read out the most recent messages, asking if you’d like to “hear it” or “skip it” (akin to listening to voice messages on an answering machine). You can specify a contact’s name too! 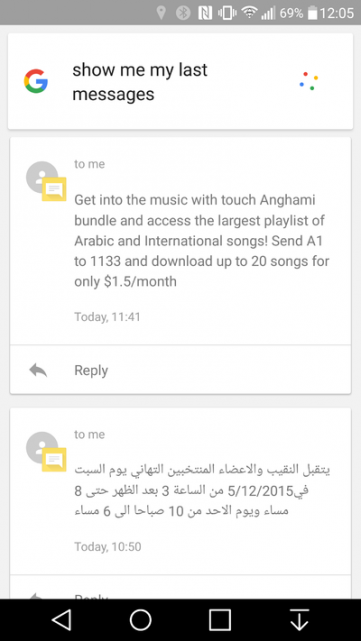 Not that the feature itself is the biggest of big deals, but as one redditor wished:

I swear to god one day my phone will suddenly have hoverboard functionality, but I’ll never find out about it.

Furthermore, we haven’t been able to get the feature on the updated app to work with a test SMS service. Sometimes Google Now brought us our last Gmail messages. Your mileage may vary, but supposedly anything on your carrier’s SMS, no matter the receiving app, should be fine.