The rumored upcoming Google Pixelbook, or Google Pixel Slate, with the codename Nocturne, has popped up in benchmarks revealing some specs.
Published 03 October 2018, 07:00 EDTUpdated 06 April 2021, 09:24 EDT

We’ve heard about the “Nocturne” at the beginning of September. A brief video showing off little of a tablet started speculations and rumors about the upcoming Google Pixelbook. It is now being referred to as the Google Pixel Slate, but it is widely known by its codename, Nocturne.

Interestingly, a device codenamed Nocturne has popped up in benchmarks. The results are listing the performance, as well as some of the specs. It packs an Intel Core i7 processor, and 16GB RAM. These are really good specs for a device which is believed to run Chrome OS. Some reports also mention that it might have an option to boot into Windows 10 as an alternative.

The processor is the 8500Y, which is not a powerhouse if looked at on its own. But in the context of a Chrome OS device, it stands out. Whatever the name will be, the device is expected to feature a detachable keyboard. The main selling point is rumored to be an attractive price tag. A recent report hints that a Core i5 (Amber Lake) version with 8GB RAM could also be on the table, same way as faster Kaby Lake R-equipped model is possible as well. 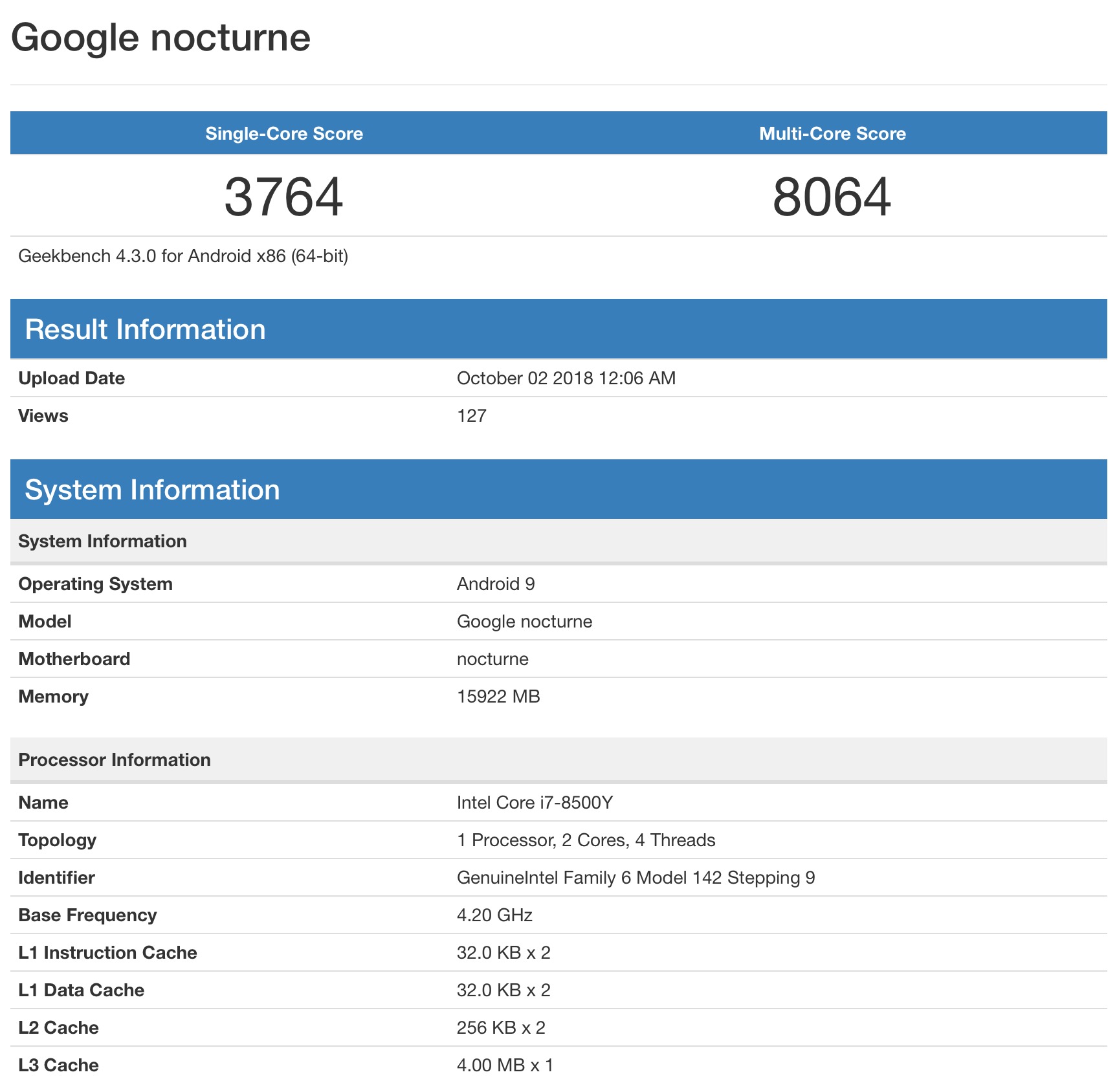 We keep on getting great deals from Amazon and Verizon, where you can get a new iPad Pro, Samsung Galaxy Buds and more devices on sale

Check out the latest deals on a wide variety of Smart TVs, including options from…

Fancy the new 24-inch iMac rocking some cool colors? Here's everything you need to know…

Asidre from adding support for Apple's object tracker, iOS 14.5 will finally enable the…