Google’s big fall device event is underway, and it’s no surprise that spells the launch of some new Nexus hardware. Just as anticipated, this is the first year Google’s bringing us a pair of handsets, returning to phablet-sized devices, as well as giving users they went missing last year. After a brief introduction that focused on Android’s worldwide growth, we’re diving right into the new phones, and Google gets us started with the Huawei-made Nexus 6P.

We already had a strong idea of what sort of hardware the Nexus 6P would offer, and Google comes through with confirmation for those details: the Nexus 6P has a 5.7-inch quad HD display, and will be available in aluminum, frost white, and graphite – no gold as leaked, but we already heard that might be a limited-availability exclusive option. 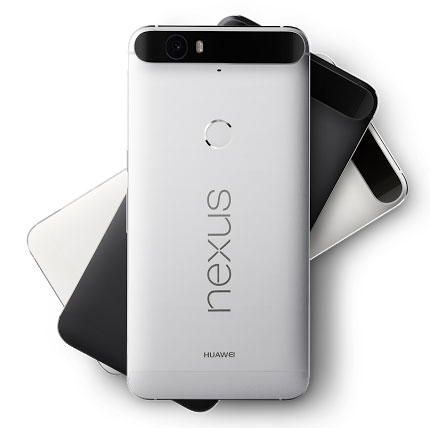 There’s USB type-C for high-speed, reversible charging, stereo front-facing speakers, and the fingerprint sensor we’ve seen in so many leaked pics. For both this and 5X, Google’s calling that fingerprint-scanning system Nexus Imprint, and beyond being initially speedy, it’s supposed to learn more about your fingerprint over time, further improving speed and accuracy.

Just as leaked, the Nexus 6P gets a rear camera with a 12.3MP sensor – confirmed as a Sony model. And it’s got those big 1.55 micron pixels we heard about for superior light sensitivity. The front-facer is a 5MP component.

Shipments will get started sometime in October. Pricing for the Nexus 6P begins at just about $500.