Google seems poised to release the Nexus 10 tablet next week, but can Android succeed on a ten-inch display? Read on for our thoughts on this high-profile release.
Published 26 October 2012, 17:00 EDT

“You know what the world needs? Another ten-inch tablet.”

That’s something we haven’t heard from, well, anyone recently. But that’s apparently not stopping the combined force of Google and Samsung, who appear ready to drop a plus-sized Nexus tablet on the populace this coming Monday. The device went from rumor to all-but-confirmed in a relatively short period of time, finally getting pictured this afternoon after being referenced in a user-manual leak earlier in the week.

As we discussed in this morning’s edition of the Pocketnow Weekly podcast, the new device is rumored to sport an interesting feature loadout, with Android 4.2 powered by a Cortex A15-based Exynos 5 processor and a ten-inch display delivering a resolution of 2560×1600, which our hasty math tells us would deliver a pixel density of 306 ppi. It’s got a form factor similar to that illustrated in the leaked quick-start guide, sporting a similar front-firing speaker configuration to the Galaxy Note 10.1. 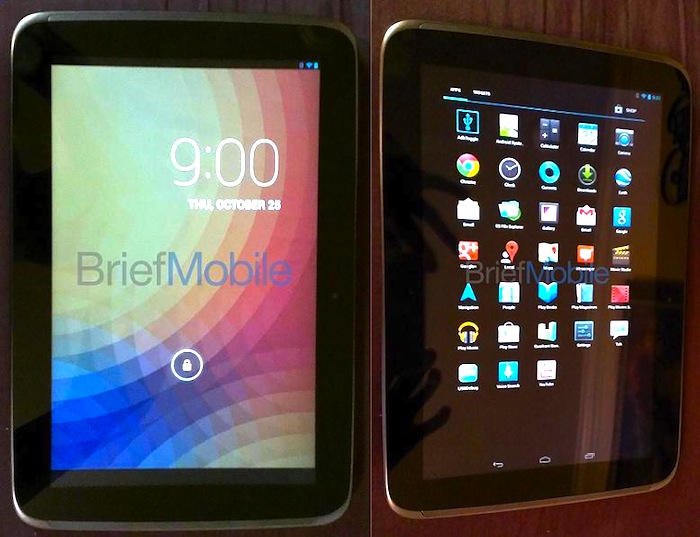 It’s always exciting to see new Nexus hardware from Google; it’s the closest the company has to a premium brand, and barring a slip-up here or there, the “pure Android” devices usually offer a top-notch experience. So we have confidence in Google’s ability to deliver a worthwhile product come Monday, but we find ourselves asking just what kind of customer Google intends to target with the device.

At this week’s unveiling of the new iPad 4 and iPad Mini, Apple CEO Tim Cook pointed out that his company’s products accounted for 91% of tablet web browsing activity. Considering the width and breadth of non-Apple tablets, and the relative success of devices like Google’s Nexus 7 and Amazon’s Kindle Fire, the fact that Apple still commands such a lead is impressive. 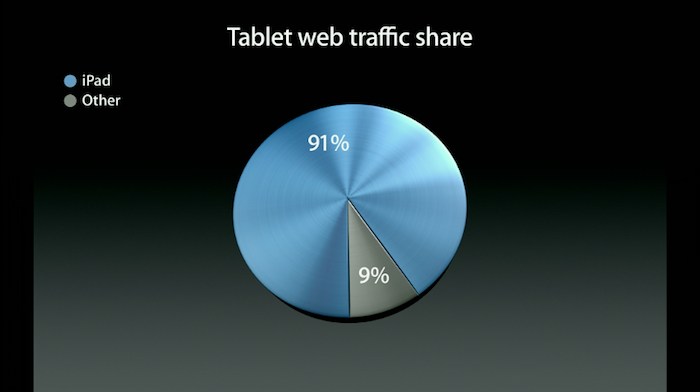 It’s even more significant when one considers that Google hasn’t really solved its Android app problem. The Google Play Store is, of course, loaded with Android applications: over 675,000 as of last month. But as Apple went out of its way to emphasize in its announcement, the overwhelming majority of those Android apps are optimized for smartphones. On tablets, they appear slightly off-kilter at best, and comically bad at worst.

This isn’t a new problem, but it’s one that hasn’t improved much over the course of 2012. Instead, Google has employed a much simpler tactic to ameliorate the app-stretching issue: put the apps on a smaller tablet. One of the reasons I called the Nexus 7 my new best friend a few months back was because of its smaller form factor. That’s not just because I find the more-petite tablet physically more convenient; it’s because Android’s smartphone apps scale much better to the 7-inch screen than they do to the 10-inch panel on my HP TouchPad running CyanogenMod.

Even though the underlying problem of insufficient Android tablet apps remains, Google looks all but certain to unveil the Nexus 10 next week. Assuming both of those statements are true -which, barring a massive secret stockpile of apps or a last-minute launch delay, they probably are- I think the only way Google can make a compelling case for the Nexus 10 is to position it as a premium device for content consumption.

Granted, that’s not the most earth-shattering prediction; tablets are already considered devices primarily focused on content consumption. Newer convergence and hybrid devices, like the Windows 8-powered Microsoft Surface and HP Envy x2, look to change that perception by mixing in a bit more productivity potential, but it’s safe to say the apparently keyboard-less Nexus 10 isn’t going to be taking that tack. Rather, it would make sense for Google to use the new tablet to showcase some of the Android elements that do translate well to a larger screen.

Of those, the most prominent, and the most relevant to Mountain View’s new content-heavy strategy, is the Google Play Store. From books to magazines to movies to music, the marketplace offers a wide variety of content, most of which would benefit from the ultra-high-resolution display of the Nexus 10. Judging from our experience with the Galaxy Note 10.1, movies and music will almost certainly sound better on the Nexus 10 than on any tablet packing a rear-firing speaker. And there’s support for useful, beautiful Google Play widgets built right in to stock Android, making it easy to assign entire home screens to showcasing available content– something we already see on the Nexus 7. 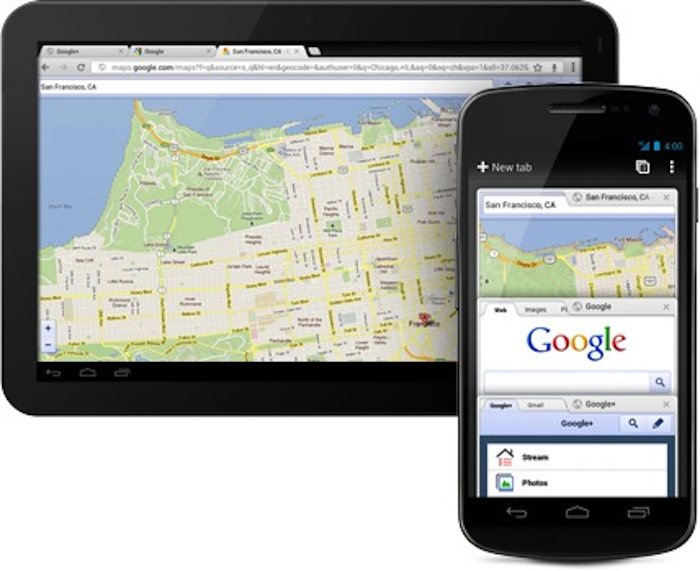 It also wouldn’t be too surprising to see Google use the Nexus 10 to try to steal some of that web traffic Apple mentioned, by extolling the virtues of the Chrome browser and its seamless integration across desktop, tablet, and smartphone installations. This would serve as yet another opportunity to call out the Nexus 10’s high-resolution display, followed by the obvious (but likely) reminder to all and sundry that Google devices now offer far superior mapping ability.

With the Nexus 7, Google proved that with the right mixture of features, form factor, and price, it could deliver a very good tablet experience. It’s likely to be a bigger challenge in the more-crowded “full-size tablet” space, where Android won’t have as many opportunities to play to its current strengths. But the Nexus brand’s cachet is growing, and Android’s is growing along with it. Given enough optimization in version 4.2 and a sharp enough focus on delivering content in a sharper, richer, and otherwise better form than its competition, it’s likely that Google will be able to convince a fair number of consumers that the Nexus 10 is the tablet for them. The only question is how long Google can continue diverting focus from the tablet app gap, and whether consumers will consider the trade-offs worth it.