Google I/O is a developer’s conference; Yes, we know that. Still, Google has used its press event to showcase some of their hottest Nexus products for the last couple of years. The logical thing to do is to expect more hardware releases to happen this year, but let’s not forget there’s a new boss in-charge of Android this year.

As we all know Sundar Pichai is Andy Rubin’s replacement in leading Android, and according to some recent interviews he’s had with Wired, Google I/O will be a different ball game this year. Instead of focusing on getting us new hardware to play with, the developer’s conference “will focus on giving them new tools to write better things for Android and Chrome OS”.

And just to put things into perspective, Pichai admitted that he’s not even using a Nexus 4 as his daily driver, and instead using a Galaxy S 4, so yeah, it could just be that he really isn’t as fond of Nexus hardware either. Time will tell, as the press event will happen in just two days. We’ve got a lot of live coverage planned, so stay tuned. 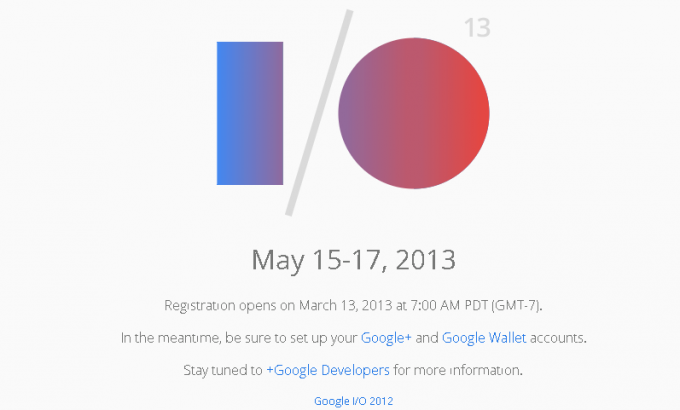