With Google I/O 2015 just around the corner, we’ve rounded up some of the major things you should expect at the developer conference next week.
Published 22 May 2015, 13:54 EDT

Google I/O 2015 is less than a week away and the schedule of events has posted on what has to be the most “Material Design”-styled website that I’ve ever seen, complete with Android Lollipop-esque animations. For those who may not know, Google I/O is two days of “inspirational talks, hands-on learning, and a chance to hear more about Google’s latest developer products”. What’s more, we usually get an early peek at what’s coming next and the general direction of Android, ChromeOS, the Chrome browser, and how devices that leverage these technologies may interplay with each other going forward.

All that having been said, here are some of the highlights to expect from Google I/O 2015. 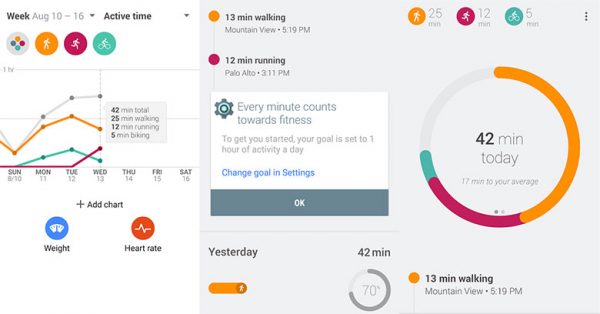 It seems like every company on the planet has some sort of fitness tracker these days. Fitbit, Nike, Garmin, Jawbone, Motorola, Samsung, Microsoft, Withings, LG, Asus, Google, Apple and more all have stake in the game. Regardless of who provides your fitness data (steps, heart rate, activity, etc.), Google wants to be the company that will put all that data together.

According to the schedule, Google Fit is creating and “unsiloing” fitness data for millions of users globally – whether they are elite athletes or just people battling everyday lack of motivation. Google has a course aimed at helping fitness developers learn what kind of data is available, how it’s being generated, and ultimately how to use this data to help people lead fuller lives.

Google initially introduced us to Android @Home at Google I/O 2011. Up to that point, Android was powering smartphones, tablets, and some set top boxes. With Android @Home, it seemed that Google wanted to make Android the one-stop-shop for home automation. 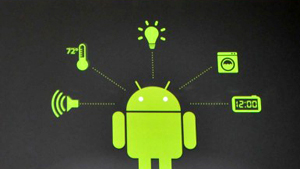 Various home appliances and fixtures could tie into an open ecosystem, all of which would play nicely with products powered by Android. It was a marvelous vision of what the future could hold — and then it fizzled out. Since then Google acquired Nest, and with it gained a foot-in-the-door with learning thermostats and smart smoke detectors, potentially rekindling Google’s presence in The Internet of Things (IoT).

We all know what the Internet is, but the IoT is a bit harder to define. Put simply, the IoT enables devices to connect to the web where they can report status information and some may even be able to react to commands. A weather station is an excellent illustration of such a device, reporting wind speed and direction, humidity, barometric pressure, and precipitation to a server that can then aggregate, format, and push that information to devices like widgets on our smartphones or faces on our smartwatches. Apply the same logic to door and gate sensors, occupancy sensors, water and moisture sensors, thermometers and thermostats, lights, security cameras, electronic locks and fences, and even coffee pots and rice cookers. The capabilities for security and automation are mind-boggling.

Currently all these devices rely on fairly proprietary technologies, with Z-Wave and Zigbee being a few of the names leading the automation and security field. What’s needed is a common communication standard, and robust protocol for possible interconnections. That’s what Android @Home was reportedly going to give us.

Soon we’ll have something called “Brillo”, at least that’s the rumored name of a new project at Google to power devices that comprise the IoT. We don’t know whether Brillo is Android @Home reborn, its replacement, or something that will function alongside it. All we know is it can’t happen too soon. 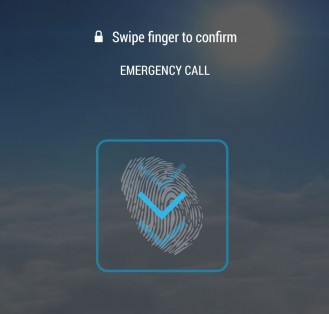 In the past I’ve written about the legal implications of fingerprint locking and Pocketnow’s Adam Doud opined on even more reasons why fingerprint scanning is a bad idea.

All that notwithstanding, locking your device (and associated accounts) behind a “strong” password is a good idea – the inconvenience of which often discourages users from doing so.

Another rumor we’ve heard is that Google will be building fingerprint authentication into Android. Whether this will come to Google Play Services or as a feature in Android M, we don’t know – but I suspect the latter.

“Android TV presents unique opportunities for developers to create a living room presence for their applications and services. Delivering a delightful experience for TVs requires consideration of distance, form factor, and input, but it doesn’t have to be difficult! Come learn about the Leanback support library, designed for rapid development of TV UX through customizable fragments and templates. We will present a broad overview of features, and highlight upcoming visual changes and new features.”

Last, but certainly not least, if Custom and Tradition is observed at I/O this year we will be introduced to the next version of Android: Android M. We may even get a developer’s preview that we can play with on our Nexus devices (like we got with Android L before it was released as Android Lollipop).

To wrap things up, tell us what you think Android M is going to be named, then head down to the comments to tell us what you’d like Google to change in this next version of Android!