Come with us as we look through all the recent rumors and lay out just what our Google I/O 2014 expectations are for the next few days.
Published 23 June 2014, 18:09 EDT

Google I/O, the company’s annual developer’s conference, gets underway this Wednesday, June 25. For the past few months, we’ve been keeping track of various hardware and software rumors, trying to get a sense for just what’s going to be on the menu this year. As we prepare for the festivities to get underway, we thought we’d take a moment to back up and go over some of those expectations, letting you know what to be on the look for as the devs descend on San Francisco.

Android Wear should find itself getting a lot of attention, and on Google’s official I/O schedule we see some Android Wear-specific events, alongside more general ones about wearables. Aside from learning more about the platform itself, and the sorts of capabilities Wear devices will have, we’re also hoping to pick up some new details about hardware. 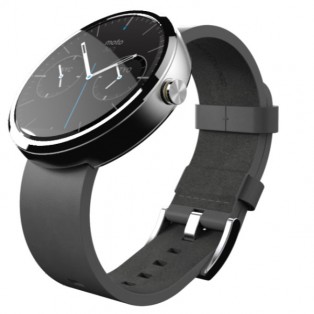 Rumors have suggested that news of a Samsung-made Wear smartwatch could emerge from I/O, and we’re anxious to pick up some specifics about the start of sales for both the LG G Watch and Motorola Moto 360. There’s also been talk of the G Watch being distributed as a giveaway to I/O attendees, which if true would mean that plenty of hands-on reports should be forthcoming.

All that smartwatch stuff could find itself intimately tied-in with an announcement of Android Fit, expected to be Google’s response to Apple’s HealthKit in iOS 8. Details are loose, but it doesn’t take a rocket scientist to see that there’s growing consumer interest in both wearables and health-focused services, and Google would be remiss not to get involved in this field.

Beyond wearables, there’s been a lot of talk about the possible introduction of the next big Android version. Whether that’s Android 5.0 or not remains to be seen, but word of some pretty significant changes to Android’s source code and the way it runs apps have sure had us thinking that the time might be right for such news. Maybe we’ve been reading too much into some “hints,” but that doesn’t mean that this announcement isn’t in the cards.

And even if it’s not part of 5.0 proper, we’re likely going to hear about some new aesthetic direction for Android, in the form of Quantum Paper. We’ve already begun to see the start of such changes, and Google would be right on schedule to formally describe this new vision at I/O. 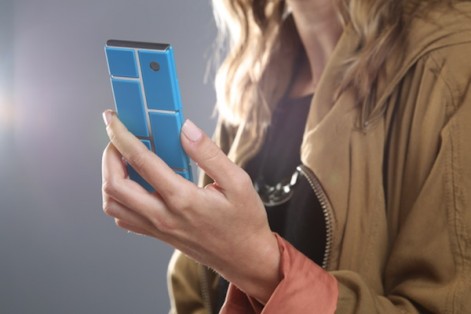 A lot of you are worried about the future of Nexus devices, and we don’t blame you. Will any news about a Nexus 6, Nexus 8, or maybe Nexus 9 come out of I/O? It’s been very difficult to get a solid read on the situation, especially with Android Silver rumors looming over all this speculation and new hardware like Project Tango beginning to emerge.

Speaking of, we’re almost certain to get an update on Project Tango and all its reality-mapping jazz, including the introduction of that new tablet. And while we’re talking about experimental efforts like Tango, we can’t forget Project Ara, which could bring an update on its progress towards realizing the dream of a fully modular smartphone.

News about Google Glass is probably a safe bet, especially considering its expansion to the UK we just learned about. Other than that, we’d absolutely love to get an update on Google’s plans for selling the wearable, and specifically putting an end to this whole “Explorer” program and just releasing Glass as a mass-market consumer-focused product (with an attractive price to match).

Moving past our smartphone/tablet/wearable focus, I/O could bring word of new plans for connected devices like Nest, an expansion beyond Chromecast into a new vision for Android-based television, and an increased focus on automobiles, both of the self-driving variety and ways to improve how they interface with our phones.

While this hits many of what we expect to be the big notes, Google I/O could well deliver surprises that Google’s managed to keep secret thus far, and could easily skip right over some of the topics we’re hoping to see addressed, saving them for future events. Keep checking in with Pocketnow all week to learn what actually does get announced, and find out what all this means for Google and Android’s future.

Redmi K30 Ultra is said to feature a quad rear camera setup – with one of them using a 64MP sensor – while a MediaTek SoC ticks at its heart.