It could be a false hint, but what if this Google I/O 2018 teasing game is actually confirming the dessert name of the next Android version will be Pineapple Cake?

Google is wasting no time building anticipation for this year’s I/O developer conference, even though we’re pretty sure we still have four more months to go until the next Android version is officially unveiled.

Plans are already “coming along for #io18”, according to the search giant’s dev-focused Twitter account, and hardcore fans of the Mountain View company’s software platforms can start their guessing games with a neat behind the scenes exploration on the event’s official website.

Binary code tweeted earlier today sends to google.com/io, where you can find clues regarding Google I/O 2018 on sort of a treasure hunt around the tech giant’s headquarters. This is not an easy game to crack, mind you, but something tells us the seemingly random and unrelated clues will ultimately lead to a big revelation. 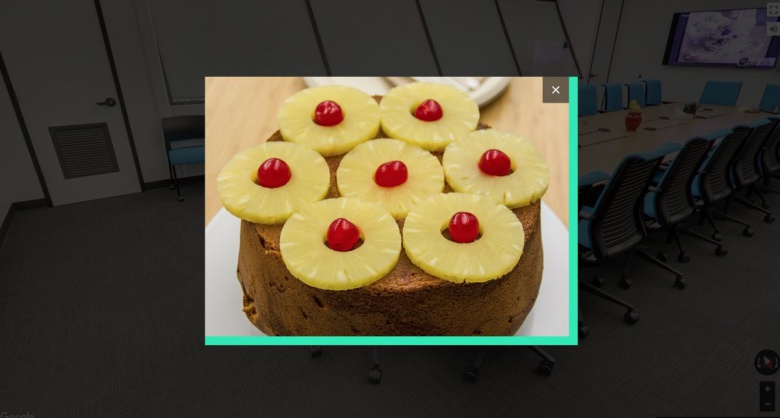 Many different items are scattered on your way to finishing the puzzle, including book titles, dates and even food, but one photo in particular caught our attention. It’s a pic of a yummy pineapple cake, and it could have already solved the mystery of the next Android flavor’s alternate dessert name.

Technically, this is called a pineapple upside-down cake, which doesn’t sound very catchy, and it’s also a little early for this type of revelation. Normally, this would be the ideal time for a misleading hint drawing attention away from the real branding of the new OS build, but then again, the first Oreo “confirmation” came almost a year ago, so anything’s possible.