We thought we knew all about the two second-gen Pixel phones, single refreshed Daydream View VR headset, all-new Pixelbook and pint-sized Google Home the search giant planned to unveil at today’s #MadebyGoogle event, but it turns out the Siri-powered Apple HomePod has competition.

Meet the gargantuan Google Home Max, billed simply and suggestively as El Goog’s “biggest and best-sounding Google Home ever.” This bad boy’s volume is purportedly 20, yes, 20 times more powerful than what the original Mountain View-designed smart speaker was capable of.

With dual 4.5-inch “high-excursion” woofers in tow, as well as custom 0.7-inch tweeters, this clearly targets audiophiles that like to sit on their living room couches and… terrorize their neighbours. But it wouldn’t be a smart speaker without “smart sound”, which is how Google advertises the device’s ability to adapt to its surroundings. 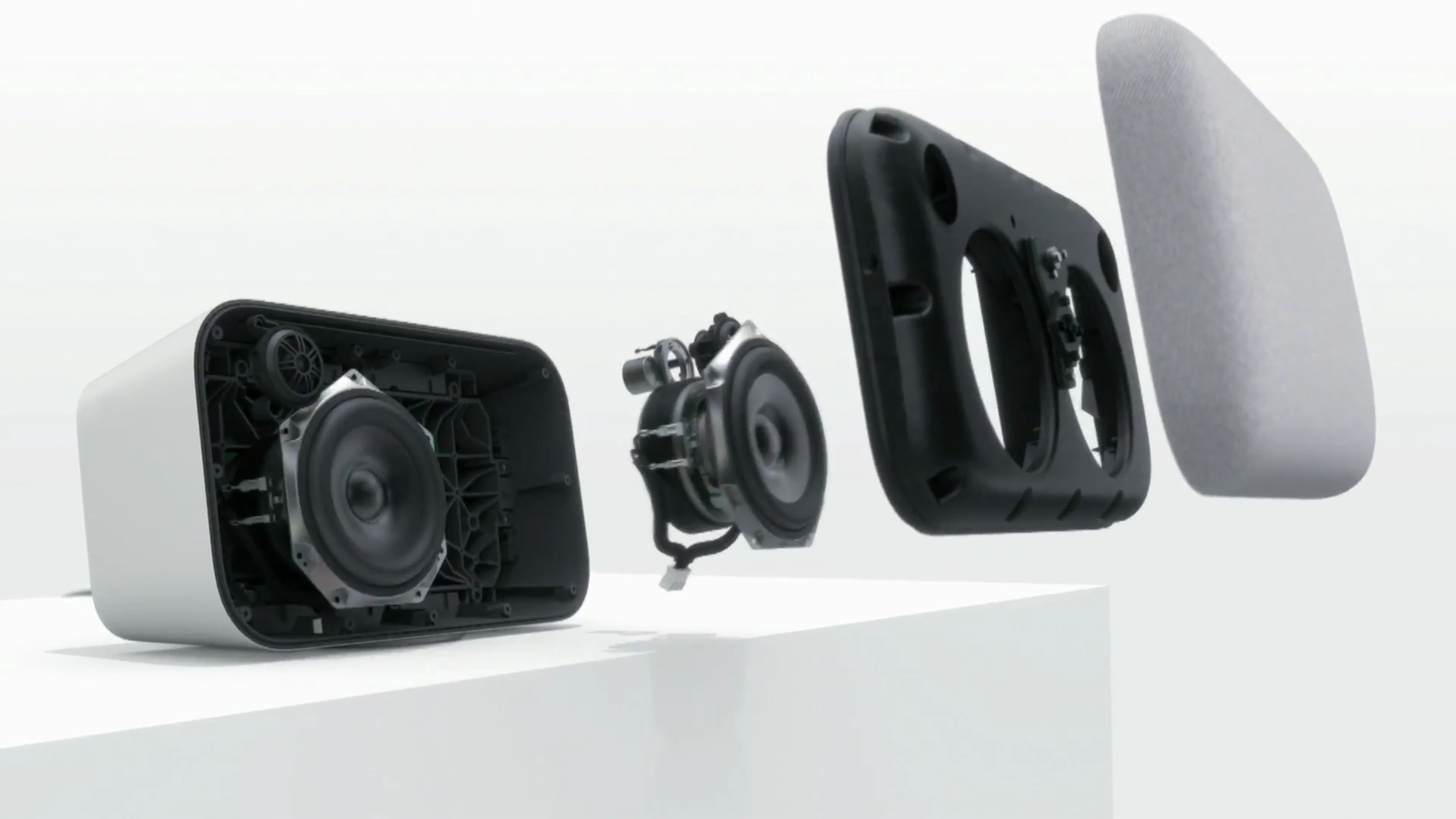 Specifically, some automatic fine-tuning goes on behind the scenes to make everything sound as natural and as pleasing as possible when the big guy is positioned near a wall, on a shelf or in some other setting that could normally mess things up.

Spotify (both free and paid tiers) and YouTube Music headline the list of supported services, with an ad-free 12-month subscription to the latter included in the regular $399 price. Official availability is set for December, and in addition to a long list of upgraded Google Assistant skills, the Google Home Max has Bluetooth and Google Cast support going for it, not to mention a traditional headphone jack and natural-feeling fabric coating.