After one week of working with Google Home, we’re ready for our first impressions. Not bad for a 1.0 product, but there’s a long way to go.
Published 12 November 2016, 15:30 EST

Google’s focus on services of late has centered around the concept of the Google Assistant. And there’s no better implementation of that concept than Google’s answer to the Amazon Echo – Google Home. Google Home recently started adorning living rooms and kitchens, with its always-listening far range microphones and boomy speakers ready to crank some tunes or tell you the weather. I’ve been using Google Home for about a week now, and I’ve had some time to form some initial impressions.

Google Home is one of those devices that I have been looking forward to for some time. Amazon’s Echo, and its extended family, have been tempting me pretty much since its introduction, but the thought of tying into yet another ecosystem was not an appealing one. Sure, you can use services like IFTTT to transfer your data from Amazon’s calendar into Google’s, but that just seems like a lot of work. So when Google introduced the Google Home, take mah money, ya know? 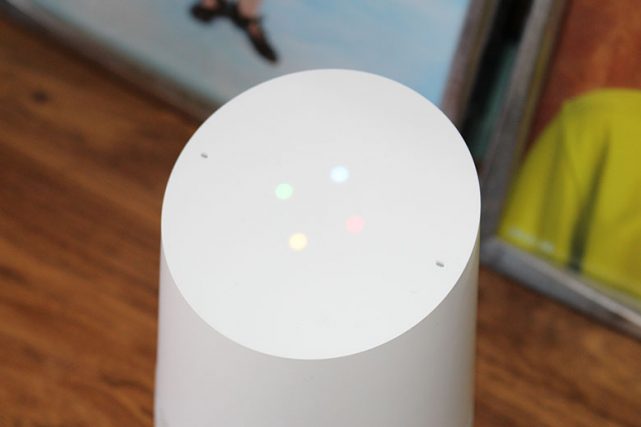 Not just a pretty face

Google Home is a great device – very stylish, like it belongs on your shelf. It almost looks like a decorative piece of art, and would probably be mistaken as a fairly-large tchotchke at a glance. But, of course, the first time you say “Hey Google” and the top lights up, you realize you’re in for much more. Lights beneath the top of the device indicate when Google Home is listening or working on something you’ve requested. So, let’s talk about those requests.

Google Home can do a lot of the basics – tell you the weather, play you a song, look up a piece of information, etc. But if you start to stray beyond that scope, you’re told – rather politely – that Google Home can’t help you with that. And I get it, Google Home is not meant to be able to do everything. But there is a lot that is can’t do. There’s a lot that your phone can do, that Google Home cannot do. Like setting reminders. When I asked Google to remind me in one hour to take out the garbage, I was surprised to learn that it can’t do that.

I was not overly surprised to find that I couldn’t ask Google to send a message to my wife – but at the same time, it occurs to me, this is something Google Home be able to do, even if it requires a connection to my phone. That might be an overall problem with Google in that, while you think all of these services should be interconnected into one Google ecosystem, instead you’re seeing a lot of ecosystems that are different, not the same. See what I did there?

What can I do for you?

Regardless, I soldiered on, adding items to my shopping list, letting my children stand in front of it and ask it to sing “Happy Birthday” for an hour, and getting updates about the weather and travel times. All that stuff is great since I don’t have to be holding my phone up to my face while trying to shepherd my children out the door for school. In that sense, it’s handy.

But Google has an opportunity here to tie a ton of services together with its massive cloud infrastructure, and it just isn’t. Maybe there are privacy concerns. Maybe Google hasn’t figured out how to handle a full Android family – after all, how can it distinguish between a reminder it is supposed to create for me and one it is supposed to create for my wife? All legitimate concerns. But Google should have realized that people are going to want to do these things. It’s nice to be able to ask how many milliliters are in a cup and all, but what about actually getting things done? 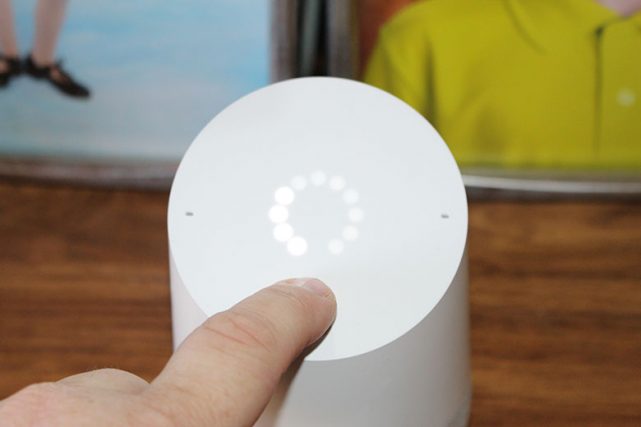 One last note – despite the demo showing how Google Home can pull up Netflix and start playing “Stranger Things” on the living room TV – I have yet to find this functionality. I even picked up a brand-new Chromecast to make sure I was working with the latest and greatest, and that functionality is nonexistent. I’m hopeful that an update will fix that, or that I just haven’t found the right commands yet, so stay tuned.
Overall, Google Home is a 1.0 product, and it shows. It’s not a train wreck, not by a long shot.

But the promise of Google Home is currently greater than its delivery, which is a bit disappointing. It also makes one wonder how a $130 device will stand up against a $50 Amazon Echo Dot in the long run. Google has a lot of work to do here, and it needs to leverage its massive reach to bring Google Home to its full potential. Otherwise, Alexa will be the queen of this castle.