All’s right with the world, as Google brings the correct burger emoji to Android 8.1

The cheese goes on top of the meat patty for the redesigned burger emoji in Android 8.1 Oreo Developer Preview 2, and we can all be at peace again.

If it looks like the upcoming Android 8.1 update may not change much about the first version of Google’s Oreo-flavored mobile OS, get ready to have your mind blown by a huge software improvement revealed by emoji expert Jeremy Burge.

As the Editor in Chief and founder of Emojipedia, as well as the creator of World Emoji Day, it was Burge’s solemn duty to discover the second 8.1 developer preview finally fixes everything wrong with the most popular smartphone platform out there.

We’re of course talking about the hamburger (well, technically, the cheeseburger) emoji, depicted by the search giant’s reality-disconnected software engineers with a slice of cheese placed between the bottom half of the bun and meat patty. The horror!

Everyone knows the cheese normally goes on top of the patty, including Apple, Microsoft, Samsung, Facebook and Twitter, with any real-life alteration of the classic recipe bound to cause widespread panic, riots and maybe even a full-on food war.

But balance is restored with the latest beta revision of Android’s most delicious-looking emoji, and the universally requested change should find its way to the Pixel and Nexus-owning masses this December. 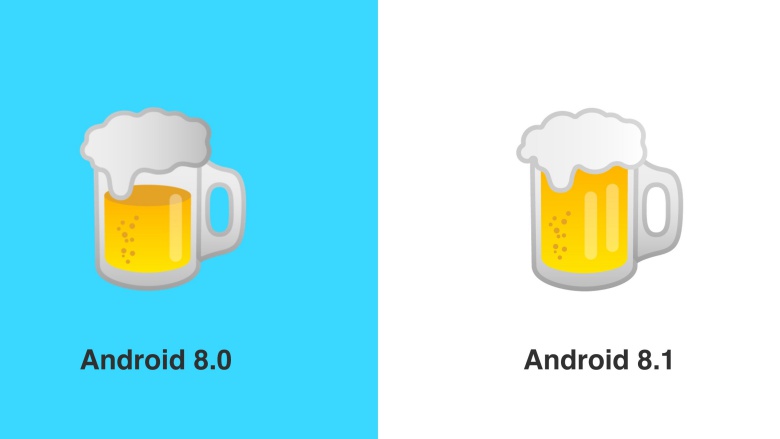 Other upgrades of paramount importance included in Android 8.1 dev preview 2 fill up the beer emoji’s stein so that froth no longer looks out of place, also fixing a serious cheese emoji bug making holes on the edge of the wedge seem painted on.

If it feels like we’re overhyping these enhancements, well, we certainly are, but Sundar Pichai himself (jokingly) dropped “everything else” Google was doing to address the globally panned hamburger emoji design last month. So, yeah, people passionately care about this type of thing, even if under the guise of irony.