When we start talking about smartphone apps and controlling your home thermostat, our thoughts go straight to Nest: it may not be the only game in town, but it’s one of the most feature-rich, polished, and compatible systems around. As more and more companies start becoming interested in delivering “smart” technologies like this to our homes, the market’s only going to get more competitive, and this week we learn about one big player that has its own sights on HVAC automation, as we start finding out about Google EnergySense.

Unlike Nest, it doesn’t appear that Google has any interest in selling thermostat hardware, but instead is developing EnergySense to be compatible with connected thermostats produced by other manufacturers. A public test period is already underway, evaluating EnergySense with the help of some volunteers. Today we start seeing some specifics on just how it works, thanks to a series of leaked interface shots.

For the moment, it all feels pretty basic – at least compared to more advanced software like we see from Nest. For instance, it lets you set heating and cooling profiles, but isn’t able to automatically select them for you, making the whole thing kind of a “streamlined manual” approach. That should eventually start changing, and hopefully we’ll be seeing some more intuitive behavior come out of the system.

Of course, all this begs the question of just what’s next for Google and connected devices. Will EnergySense be part of larger brand – maybe automating lighting control, or even opening and closing shades to help with solar heating? For the moment, this is all in its infancy, and Google could easily take EnergySense in any number of directions from here. 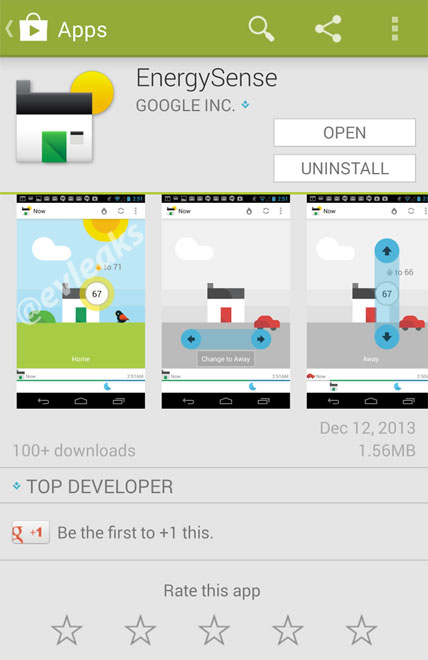