Google Clock app now available for all to install

If you’ve wanted to install the regular Google Android Clock on your non-Nexus device, this is the time, as the app just became public for all
Published 18 June 2015, 15:10 EDT

Android skins have been one of the most polarized topics to ever reach the platform since its infancy. There was a time when Android was so ugly that it made sense for companies to provided their added touch in the user interface, but that’s far from today’s reality. Google’s Material Design has proven to be one of its most popular assets so far, and if you’re interested in getting more of it, now is the time.

Google has decided to make its Clock application an application that everyone can download. This app is as barebones as it gets when it comes to the home screen widget, but internally it does provide a ton of functionality. Once installed you get options like multiple alarm management, timers, stopwatches, the ability to connect with Android Wear to snooze/dismiss alarms, etc.

As with every Google application, this app is free, so simply visit the Google Play Store from our source link to install it on your existing device. 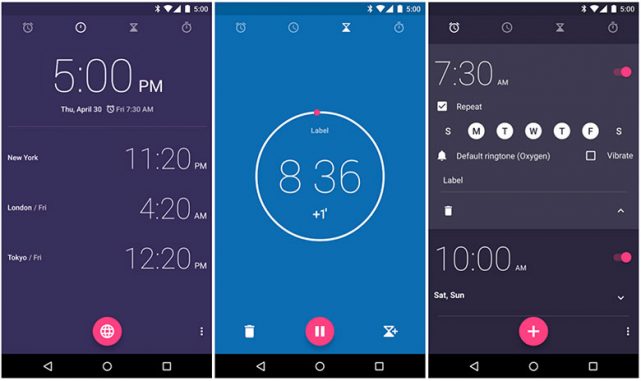